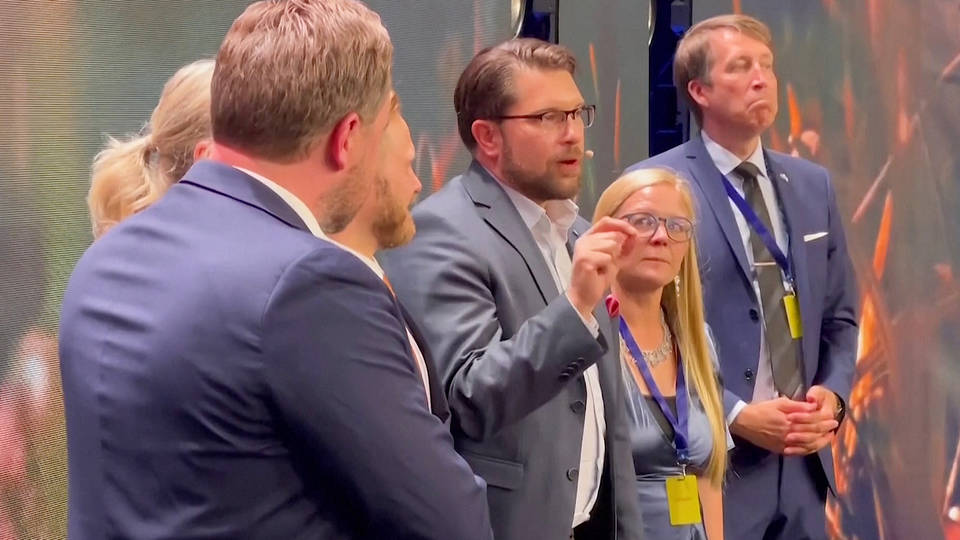 In Sweden, four right-wing parties have agreed to form a new coalition government after winning a narrow majority in Sunday’s parliamentary elections. The anti-immigrant far-right Sweden Democrats Party won 73 seats with more than 20% of the vote, becoming the second-largest party in Sweden’s parliament. The party emerged out of Sweden’s neo-Nazi movement in the late 1980s. Prime Minister Magdalena Andersson announced her resignation after her government’s defeat.

Prime Minister Magdalena Andersson: “The election result also shows us that the Sweden Democrats, with a big margin, is Sweden’s second-biggest party, and I know that many Swedes are worried. Many have already met hatred and threats, and even more are worried about becoming a target and hesitate to express themselves in public. I see your concern, and I share it.”

Meanwhile, in Italy, polls show a coalition led by the far right is poised to win national elections on September 25. That has the leader of the neofascist Brothers of Italy party, Giorgia Meloni, positioned to become Italy’s first far-right leader since Benito Mussolini.