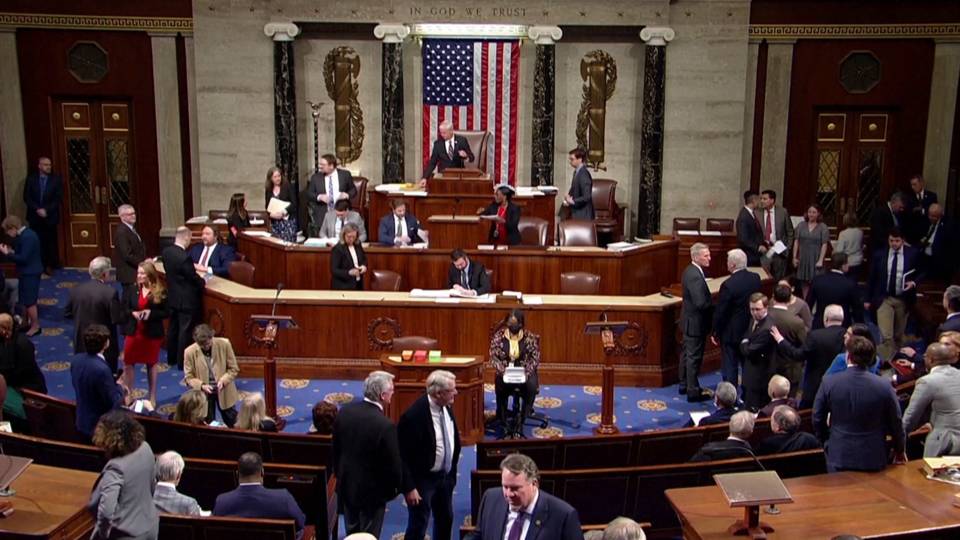 Republicans in the House of Representatives have approved a new rules package that will gut the Office of Congressional Ethics. The measure will force out three of the four Democrats currently serving on the office’s board of directors and will severely limit the office’s ability to hire new workers, including investigative staffers. Another provision in the new rules package allows a single lawmaker to force a vote on ousting the speaker of the House. It was a concession made by newly minted Republican House Speaker Kevin McCarthy to win the support of far-right members of his party. Democrats also warned that McCarthy appears to have struck informal agreements with fellow Republicans. This is Massachusetts Democratic Congressmember Jim McGovern.

In their first order of business, Republicans approved legislation slashing funding to the IRS in a party-line vote of 221 to 210. Critics say the bill is designed to protect wealthy individuals and corporate tax cheats.

Over 1,500 Arrested over Assault on Brazilian Capital 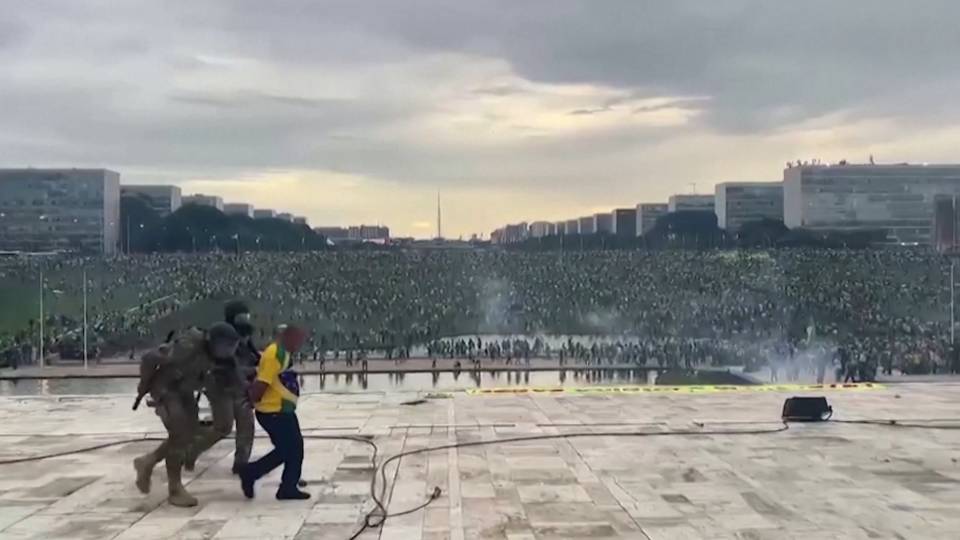 In Brazil, at least 1,500 people have been detained since Sunday’s assault on the Brazilian Congress, Supreme Court and presidential palace by supporters of former far-right President Jair Bolsonaro in the capital Brasília. Brazil’s Justice Minister Flávio Dino spoke Monday.

Flávio Dino: “The former president of the republic, Jair Bolsonaro, and all of his followers, for example, frequently targeted attacks against the Supreme Court. That is why I say that words have power, especially when they are words of the president of the republic. The president exercises factual material powers, but also exercises symbolic powers, which include the power of words. What we witnessed was that this frequent discourse in social media gained legs, arms, stones, bullets, bombs.”

Jair Bolsonaro Hospitalized in Florida as U.S. Lawmakers Demand His Extradition to Brazil Here in the United States, a group of Democratic congressmembers, including Ilhan Omar and Alexandria Ocasio-Cortez, are urging President Biden to expel Bolsonaro from the U.S. The far-right leader has been staying in Orlando, Florida, after he fled Brazil ahead of the inauguration of President Luiz Inácio Lula da Silva last week. Bolsonaro faces at least four criminal probes in Brazil. He was admitted to a Florida hospital Monday after complaining of intestinal pain — one day after his supporters stormed government buildings in Brasília. In Peru, at least 17 people were killed Monday after Peruvian security forces opened fire at anti-government protesters in the city of Juliaca. At least two teenagers were among the dead. Protesters are demanding that interim President Dina Boluarte resign. Some 40 people have died nationwide since mass mobilizations erupted in Peru last month following the ouster and arrest of leftist former President Pedro Castillo. Police in Juliaca reportedly opened fire as protesters tried to shield themselves with metal plates.

Injured protester: “I was holding my camera when a police officer asked me to kneel while pointing a gun at me. Then I heard a shot, and I felt my foot blocked. Then I felt a cramp. I took four steps, and I fell on the ground because I couldn’t walk.” 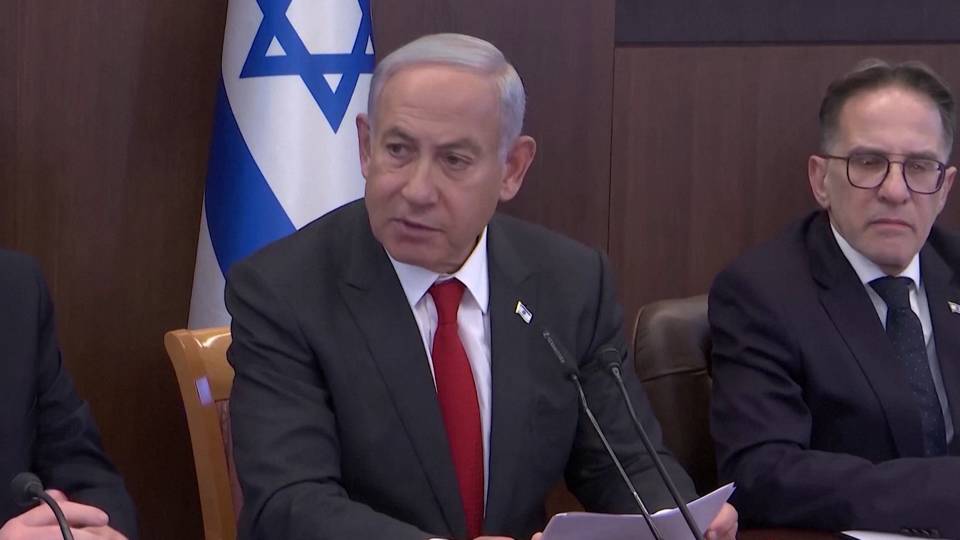 Ahmed Al-Deek: “These measures will not stop us and will not stop the foreign minister and the Palestinian leadership from continuing our political and diplomatic legal efforts to protect the fair national legitimate rights of our people and to uncover the violations and the crimes of the occupation.”

Israel’s Security Cabinet also moved to withhold $39 million in revenues from the Palestinian Authority and imposed a moratorium on Palestinian construction projects in the occupied West Bank. Israel’s National Security Minister Itamar Ben-Gvir has ordered police to remove Palestinian flags from public spaces, calling their display a “form of supporting terror.” Palestinian-American author Yousef Munayyer tweeted in response, “Israel holds an entire stateless nation under military occupation. They got enough nukes to start a regional conflagration. But they fear a piece of cloth.” Over the weekend, thousands of people demonstrated in Tel Aviv against the new Israeli government and the increasing threats it poses to democracy and human rights. 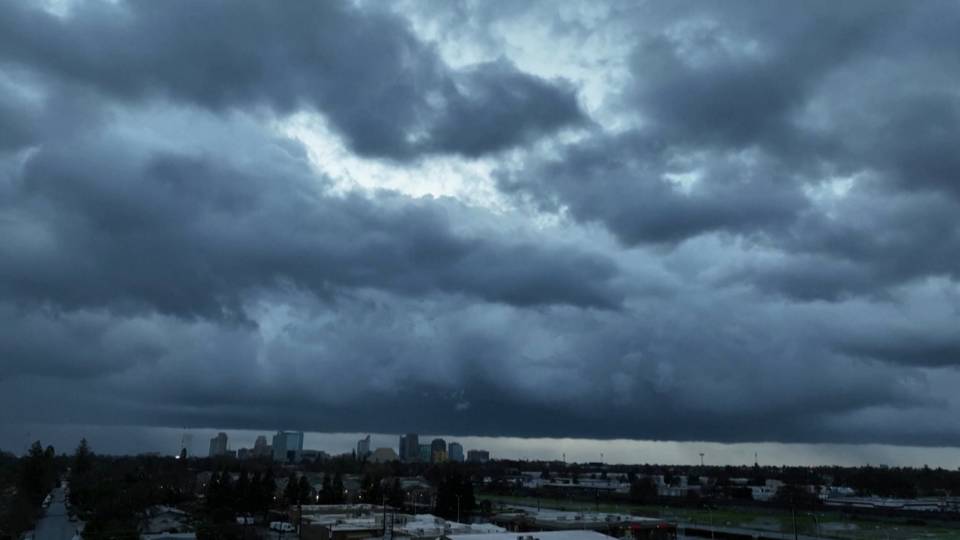 In California, authorities have ordered thousands of people in several counties to evacuate after winter storms brought an “atmospheric river” of rain and snow to much of the state. Hardest hit was California’s Central Coast, where coastal communities faced flash flooding, landslides and power outages. The death toll from winter storms rose to at least 14 Monday after two people were killed by falling trees. Some 8 million people in Los Angeles County were under a flash flood warning, while parts of Santa Barbara County received more than seven inches of rain over a span of just 12 hours. Forecasters predict more relentless rain will hit California over the coming week. 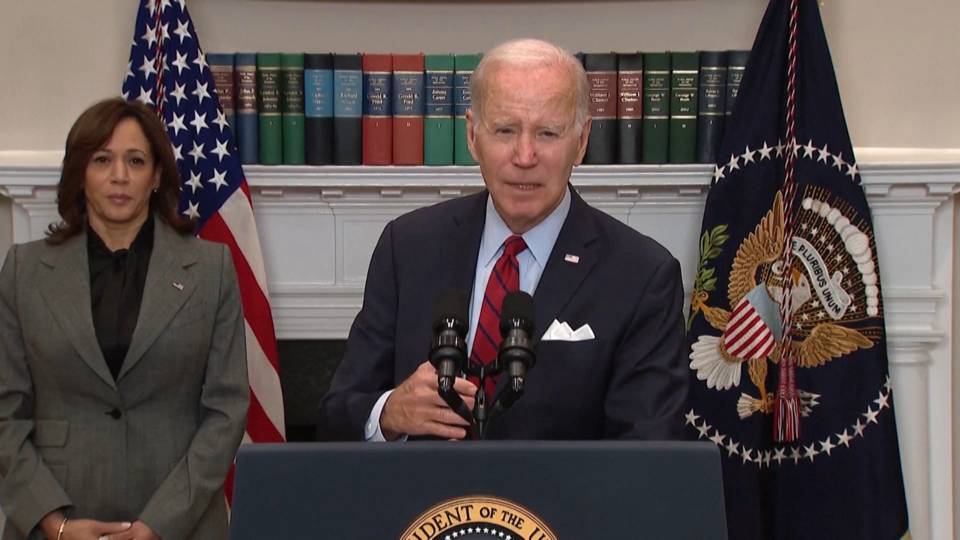 The White House has confirmed reports that classified documents were discovered in a former office space used by Joe Biden in Washington, D.C., after his term as vice president. On Monday, Biden’s lawyers said a “small number” of the documents were discovered in a locked closet as they were closing the Penn Biden Center for Diplomacy and Global Engagement. It’s not clear what the documents were related to. Biden’s lawyers say they immediately notified the National Archives, which took possession of the records the next day.

In 2018, then-President Trump signed a bill making it a felony — rather than a misdemeanor — to knowingly remove classified materials with the intent to retain them at an “unauthorized location.” Those convicted face up to five years in prison. Special counsel Jack Smith is currently investigating Trump for allegedly mishandling at least 325 classified documents seized by the FBI at Mar-a-Lago last August. Federal prosecutors have issued former President Trump’s personal attorney Rudy Giuliani a grand jury subpoena as part of an investigation into Trump’s fundraising efforts after the 2020 election. That’s according to multiple news reports citing an unnamed person familiar with the matter. The Save America PAC raised over $250 million off Trump supporters on the false claim the 2020 election results were fraudulent. It’s not clear how much of the money Trump’s lawyers received, but one witness told the House January 6 committee that Giuliani asked to be paid $20,000 a day. 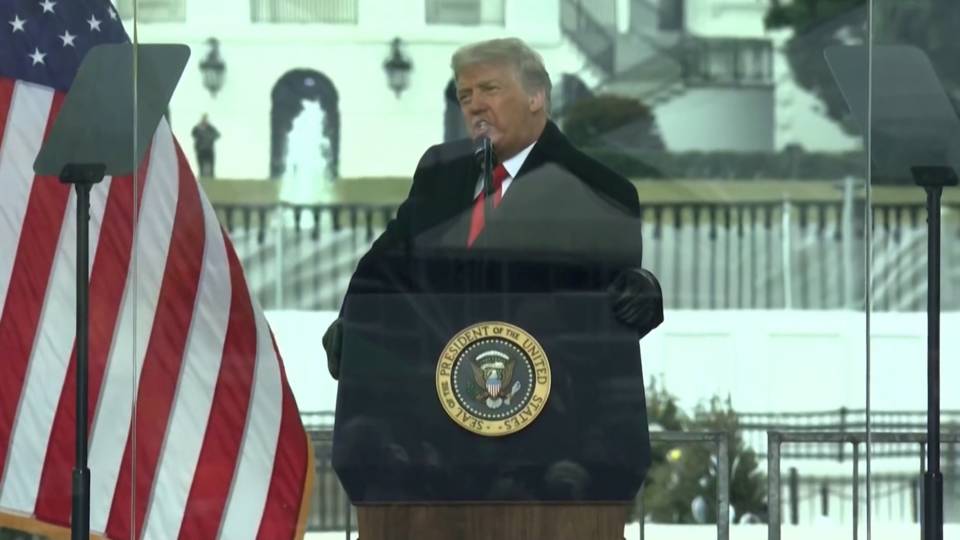 In Georgia, a special grand jury has wrapped up its probe of efforts by former President Trump and his allies to overturn the 2020 election. The decision whether to seek an indictment is now in the hands of Fulton County District Attorney Fani Willis. Since June, the grand jury has heard testimony from dozens of witnesses, including Rudy Giuliani and South Carolina Republican Senator Lindsey Graham. In January of 2021, Trump told Georgia Secretary of State Brad Raffensperger, “I just want to find 11,780 votes” — the margin he would have needed to defeat Joe Biden in Georgia. A federal judge in New York has delayed the unsealing of a deposition given by Trump in a lawsuit accusing him of defamation. Former magazine columnist E. Jean Carroll has accused Trump of raping her in the 1990s — which the former president has denied. The lawsuit will be heard today by the U.S. Court of Appeals for the District of Columbia, where Trump’s lawyers will argue presidents can’t be personally sued for statements made while in office. In California, community advocates are demanding justice for Keenan Anderson, a 31-year-old Black father and high school English teacher, who was killed by Los Angeles police on January 3. Officers were called to the scene after a car accident was reported. As police attempted to arrest Anderson, he was tased for several minutes, tackled and pushed down on the pavement, handcuffed and restrained at the ankles. Anderson was then taken to the hospital, where he died of cardiac arrest. The LAPD did not acknowledge Anderson’s death until three days later. Patrisse Cullors, author and co-founder of Black Lives Matter, said on Instagram that Anderson was her cousin. She wrote Monday, “Keenan deserves to be alive right now, his child deserves to be raised by his father.”

LAPD officers have killed at least three people so far in 2023. Data by the group Mapping Police Violence shows 2022 was the deadliest year on record for police violence as law enforcement killed at least 1,176 people across the U.S. 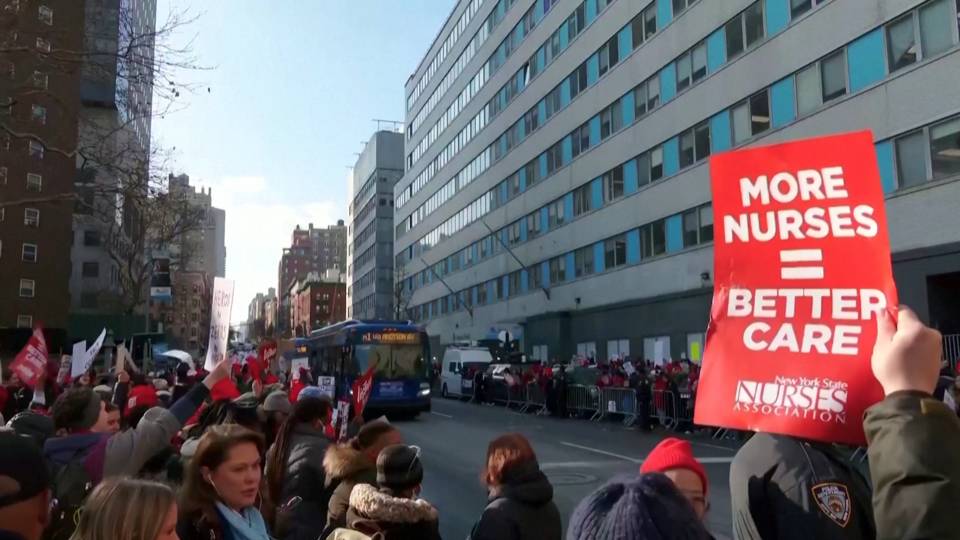 Nancy Hagans: “Nurses don’t want to strike. We would rather be inside taking care of our patients, but safely, in a safe manner, not the condition they have us working for the past five, 10 years. Enough is enough, Sinai! Enough is enough!”