In Washington, D.C., protesters gathered outside the White House Wednesday to call on President Biden to close the prison at the U.S. naval base in Guantánamo Bay, Cuba. Demonstrators wore orange jumpsuits and black hoods over their heads, marking the 21st anniversary of the reopening of the notorious prison to house hundreds of Muslim men and boys who were captured overseas and handed over to the U.S. Thirty-five men remain imprisoned at Guantánamo today.

In an open letter to President Biden, the ACLU, the Center for Constitutional Rights and over 150 other groups wrote, “The Guantánamo detention facility was designed specifically to evade legal constraints, and Bush administration officials incubated torture there. … Guantánamo continues to cause escalating and profound damage to the aging and increasingly ill men still detained indefinitely there, most without charge and none having received a fair trial.” In other news from the nation’s capital, members of the group CodePink disrupted a Brookings Institute defense policy talk with Congressmember Adam Smith Wednesday to call for a diplomatic end to the Ukraine war.

Medea Benjamin: “Democrats have to step forward, have to put the pressure on the Biden administration and say, 'We need negotiations, not more war.'”

Olivia DiNucci: “The real security — real national security is addressing climate crisis, getting people housed, and not focusing on weapons. We have $880 billion going to war, we need to go to social services.” Alabama’s Republican attorney general said Wednesday that pregnant people could be criminally prosecuted if they take medication to terminate a pregnancy. His comments came just days after the Food and Drug Administration announced retail and mail-order pharmacies can now sell the abortion pill mifepristone directly to patients with a prescription. Medication abortions account for more than half of all U.S. abortions. On Capitol Hill, the Republican-led House on Wednesday approved legislation that would require reproductive care providers to work to preserve the life of an infant born after a failed attempt at an abortion — a situation that is exceedingly rare. Jacqueline Ayers of Planned Parenthood Federation of America said the bill was “deliberately misleading and offensive to pregnant people and the doctors and nurses who provide their care.” House Republicans also approved a resolution condemning what they called “attacks” on anti-abortion groups and churches. Neither piece of legislation is expected to advance in the Democratic-controlled Senate. Joseph Cairo: “He has no place in the Nassau County Republican Committee, nor should he serve in public service, nor as an elected official. He’s not welcome here at Republican headquarters for meetings or at any of our events. As I said, he’s disgraced the House of Representatives, and we do not consider him one of our congresspeople.”

George Santos has steadfastly refused to resign. He was confronted by reporters on Capitol Hill on Wednesday.

Reporter 1: “Congressman Santos, will you resign?”

Reporter 2: “Will you step down? Republican House Speaker Kevin McCarthy on Wednesday rejected calls that he take action against George Santos, saying voters would have another chance two years from now to elect a new representative.

Speaker Kevin McCarthy: “In America today, you’re innocent 'til proven guilty. So, just because somebody doesn't like the press you have, it’s not me that can have — can oversay what the voters say. The voters are the power. The voters made the decision, and he has a right to serve here. If there is something that rises to the occasion that he did something wrong, then we’ll deal with that at that time.”

Speaker McCarthy also signaled Santos remains eligible to serve on House committees. His defense of Santos came after he confirmed that three prominent Democratic congressmembers — Adam Schiff, Eric Swalwell and Ilhan Omar — would be barred from serving on House committees. Congresswoman Omar said she believes McCarthy singled her out over her religious faith, telling HuffPost, “I do not actually think that he has a reason outside of me being Muslim and thinking I should not be.” Illinois Democratic Governor J.B. Pritzker signed legislation this week banning military-style assault weapons and high-capacity magazines. Pritzker said on Twitter, “I’m tired of living in a world where a mass shooting needs a title so you know which one we’re referring to.” The White House welcomed the news Wednesday.

In another win for gun control advocates, the U.S. Supreme Court left in place for now a New York law that restricts guns in many public places. The law was enacted following a June Supreme Court ruling that struck down a New York law limiting the carrying of concealed handguns outside the home. 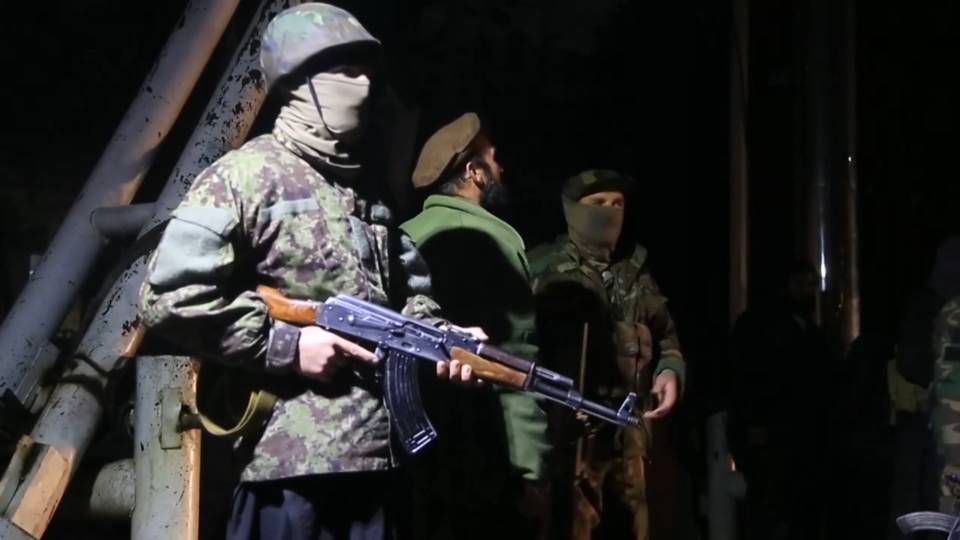 In Afghanistan, the Islamic State claimed responsibility for an explosion that killed at least five people near the Foreign Ministry Wednesday. Dozens more were injured. It was the second major attack in Kabul since the start of 2023. After headlines, we’ll go to Afghanistan to speak with the Norwegian Refugee Council’s Jan Egeland.

Israeli Forces Kill Palestinian Man Standing on His Own Roof Israeli forces shot and killed a Palestinian man as he was standing on the roof of his own home in occupied East Jerusalem. The killing came during a raid on the Qalandiya refugee camp. Sameer Aslan was 41 years old and a father to eight. He was the third Palestinian to be killed by Israeli forces in under 24 hours, following the deaths of 21-year-old Ahmed Abu Jneid and 19-year-old Sanad Mohammad Samasra in the occupied West Bank. Israel has killed at least seven Palestinians since the start of the year, including three children. 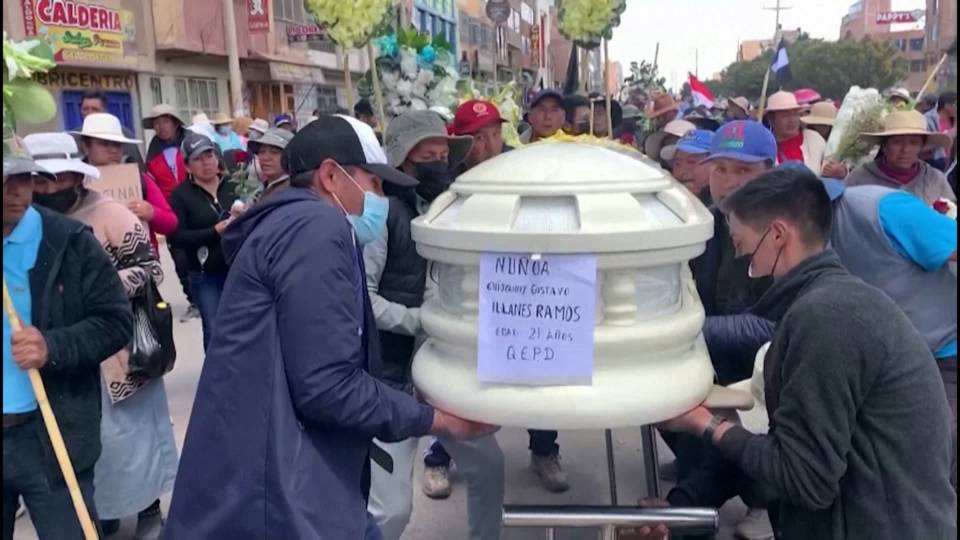 In Peru, the death toll from anti-government demonstrations has risen to 48 following the ouster and arrest of leftist former President Pedro Castillo last month. Health officials said 37 civilians and six police officers were injured Wednesday after fresh clashes erupted in the city of Cusco. Meanwhile, thousands of people in the city of Juliaca held a mass funeral procession for 17 people killed Monday after security forces opened fire on protesters calling on Castillo’s successor Dina Boluarte to resign. Among the dead was 17-year-old Yamileth Aroquipa, a psychology student and volunteer at a shelter for abandoned animals who was fatally shot in the abdomen. Her mother spoke to reporters on Wednesday.

Dominga Hancco: “The assassin Dina, why doesn’t she have blood on her face? My young daughter had such a bright future ahead. She wanted to visit many countries. She was a psychologist.” 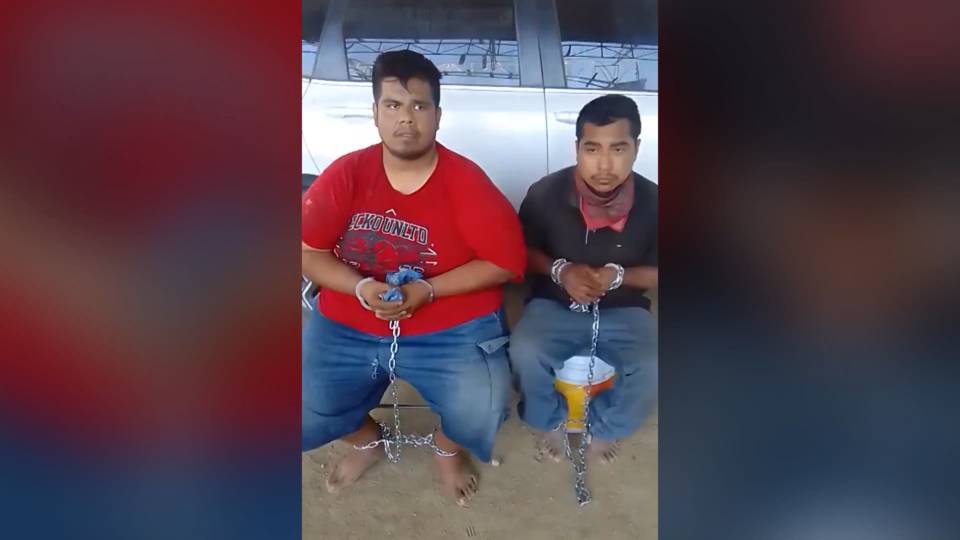 In Mexico, journalists in the southern state of Guerrero rallied Wednesday to demand the release of three of their colleagues who were kidnapped in late December. Jesús Pintor Alegre, Fernando Moreno Villegas and Alan García Aguilar work for the outlet Escenario Calentano. In a video posted to social media, two of the journalists can be seen with their hands and feet chained.

Meanwhile, authorities in Mexico City arrested 11 people in connection with the attempted assassination of prominent television and radio host Ciro Gómez Leyva in a drive-by shooting on December 15. 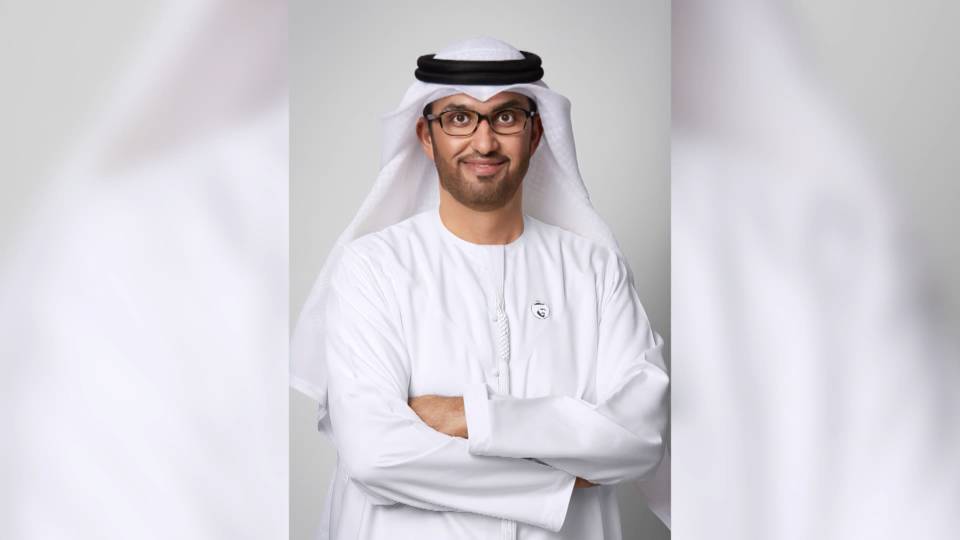 In climate news, the United Arab Emirates has named the CEO of one of the world’s biggest oil companies to preside over the COP28 United Nations climate summit when it convenes in Dubai later this year. Sultan Ahmed Al Jaber heads the Abu Dhabi National Oil Company. Responding to his appointment, the anti-poverty charity ActionAid said, “This appointment goes beyond putting the fox in charge of the henhouse. The UN Climate Summit is supposed to be a space where the world holds polluters to account, but increasingly it’s being hijacked by those with opposing interests.” NBC News is reporting aides to President Biden have uncovered at least one additional batch of classified documents in a separate, undisclosed location. This comes after news broke Monday that a first batch of classified materials was found in November in an office used by Biden after his vice presidency. CNN reported the initial documents contained intelligence related to Ukraine, Iran and the U.K. Those documents were handed over to the National Archives. In sports news, Buffalo Bills defensive player Damar Hamlin has been released from the hospital to continue his recovery at home. His release came nine days after he suffered a cardiac arrest on the field and twice had to be resuscitated during a Monday Night Football game against the Cincinnati Bengals. In recent years, the NFL has faced increased scrutiny over player safety, as more research links the full-contact sport with concussion-related traumatic brain injury and other negative health outcomes. 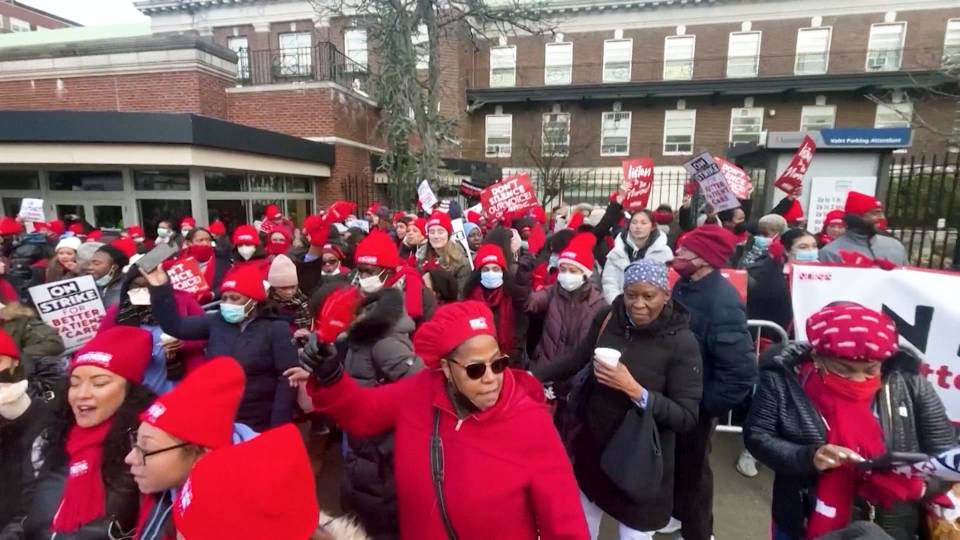 In labor news from here in New York City, over 7,000 nurses at Montefiore Bronx and Mount Sinai Hospital have returned to work, ending a three-day strike after reaching tentative deals with the hospitals on improving staffing ratios. The New York State Nurses Association union had already won wage increases, but striking nurses at the two hospitals said the ongoing staffing shortages severely impacted patient care. Click here to see our interview yesterday with one of the striking nurses.