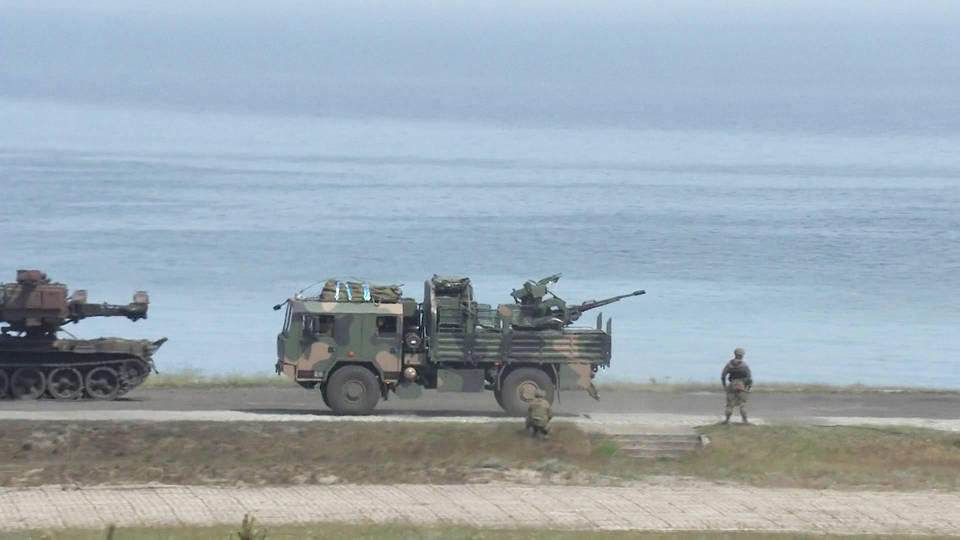 At the Kremlin, a spokesperson for President Vladimir Putin said today the four territories of Ukraine that Russia recently claimed to have annexed will fall under the protection of Russia’s nuclear arsenal. Russia’s warning came as the United States and NATO launched nuclear war games in the skies above Belgium, the United Kingdom and the North Sea. Fourteen countries are taking part in the exercise, named “Steadfast Noon,” which involves long-range B52 bombers, surveillance and tanker aircraft, and the latest-generation fighter jets. Russia’s military is set to stage its own annual large-scale nuclear exercise called “Thunder” along Russia’s northwestern coast. Later in the broadcast, we’ll speak with Norman Solomon of RootsAction, who says, “Don’t Just Worry About Nuclear War — Do Something to Help Prevent It.”  NATO    Russia Nigeria’s government says the death toll from historic flooding has topped 600, with more than 2.5 million people impacted and over 80,000 homes destroyed. The floods have also inundated over 266,000 acres of farmland at a time of soaring prices and deep food insecurity. Nigeria’s flooding comes as much of East Africa is experiencing a prolonged, deadly drought. The British charity Oxfam warned recently that one person is likely to die of hunger every 36 seconds between now and the end of the year in the region.     Nigeria   Flooding   Climate Crisis In Georgia, more than 125,000 people cast ballots Monday as early voting began three weeks ahead of November’s general election. Monday’s record turnout was nearly double the number of ballots cast on the first day of voting during midterm elections four years ago. Voters in some precincts reported lines of up to two hours. On Monday evening, Republican Governor Brian Kemp faced off against Democratic gubernatorial candidate Stacey Abrams for a debate in Atlanta. It’s a rematch of 2018’s election, when Abrams fell just 55,000 votes shy of defeating Kemp. Her campaign has focused largely on voting rights and racial equity. 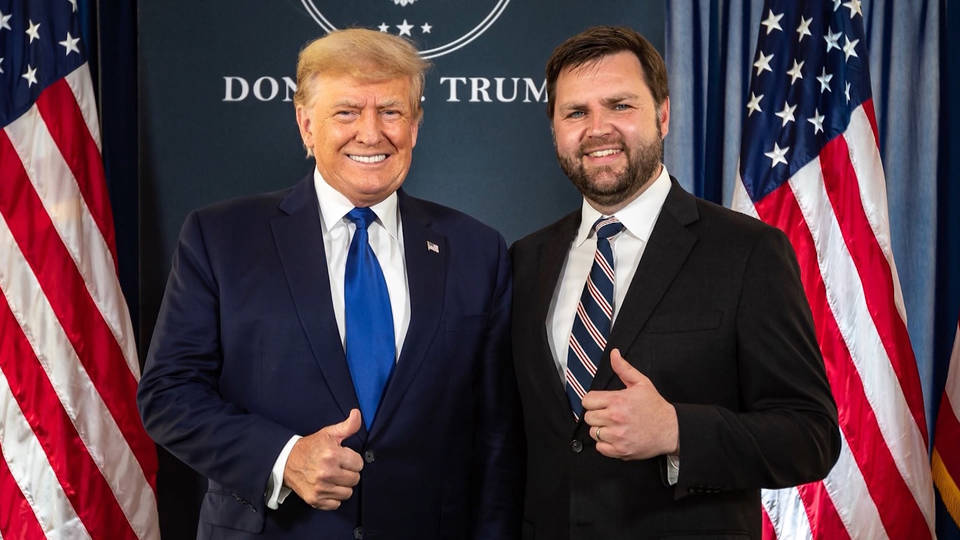 Ohio’s top contenders for an open U.S. Senate seat squared off Monday night for their second and final debate. Democratic Congressmember Tim Ryan is challenging Republican J.D. Vance, a venture capitalist and author of the best-selling book “Hillbilly Elegy.” Vance won the Republican nomination in May, after right-wing tech billionaire Peter Thiel gave his campaign $10 million and after he won the endorsement of former President Trump. On Monday, Vance’s opponent, Tim Ryan, called out Vance for a 2016 message in which Vance blasted Trump, comparing him to Adolf Hitler.

Rep. Tim Ryan: “You were calling Trump ’America’s Hitler.’ Then you kissed his [bleep].”

Rep. Tim Ryan: “It is true. And then you kissed his [bleep]. And then he endorsed you, and you said he’s the greatest president of all time.” 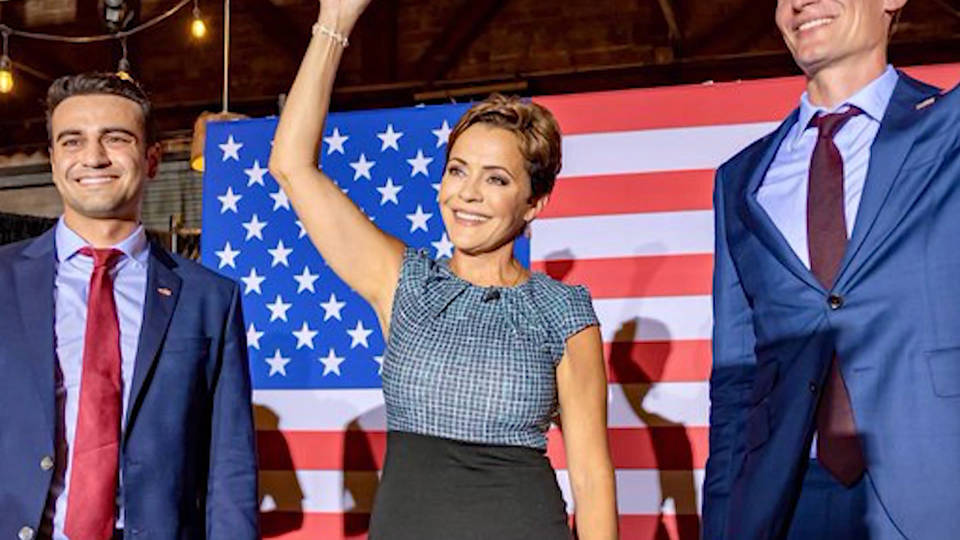 Arizona gubernatorial candidate Kari Lake is the latest Republican to uphold Trump’s lie that the 2020 election was stolen. Lake also refused to say whether she would accept the results of her own election during a CNN interview Sunday.

Dana Bash: “My question is: Will you accept the results of your election in November?”

Kari Lake: “I’m going to win the election, and I will accept that result”

Dana Bash: “If you lose, will you accept that?”

Kari Lake: “I’m going to win the election, and I will accept that result.” 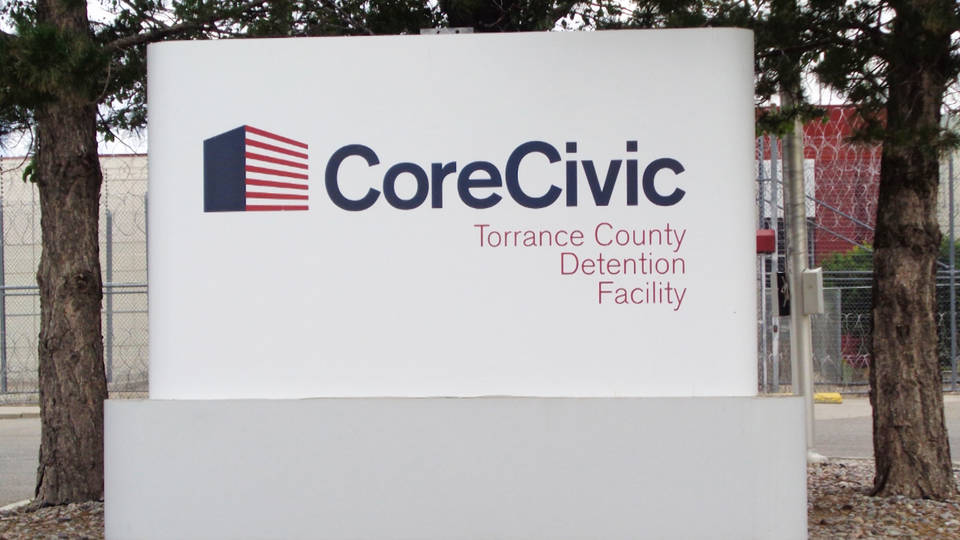 In New Mexico, asylum seekers held at the Torrance County Detention Facility say they’re being retaliated against for speaking out about extremely dangerous conditions and for participating in a hunger strike that was broken up last week. This is Orlando de los Santos, a 39-year-old asylum seeker from the Dominican Republic, who helped organize the hunger strike and now faces deportation. De los Santos has been detained at Torrance, which is run by the private prison corporation CoreCivic, since July. Lawyers and supporters are demanding Immigration and Customs Enforcement immediately halt his removal, scheduled for today.

Orlando de los Santos: “Most of the people who participated in the hunger strike have been deported. Sadly, one of my friends who didn’t want to be deported was taken by force in chains. Everyone is terrified because of the retaliation we’ve faced over the hunger strike. ICE and Torrance guards know that we are willing to reveal the truth about what actually happens here, and they want to silence us. They want to shut me up.” The Supreme Court on Monday rejected an appeal in a case seeking to grant U.S. citizenship to people born in American Samoa, a territory occupied by the United States. The court also refused to reconsider overturning a series of racist U.S. Supreme Court rulings known as the Insular Cases, that have been used for over a century to legally justify discrimination against people in American Samoa, Puerto Rico and other U.S.-occupied territories. American Samoa is the only U.S.-occupied territory where people are not granted U.S. citizenship at birth. People may apply for citizenship only if they relocate to the U.S. mainland — an immigration process that can take years and is not guaranteed. One of the plaintiffs, John Fitisemanu, said in a statement, “It’s a punch in the gut … I was born on U.S. soil, have a U.S. passport and pay my taxes like everyone else. But because of a discriminatory federal law, I am not recognized as a U.S. citizen.” 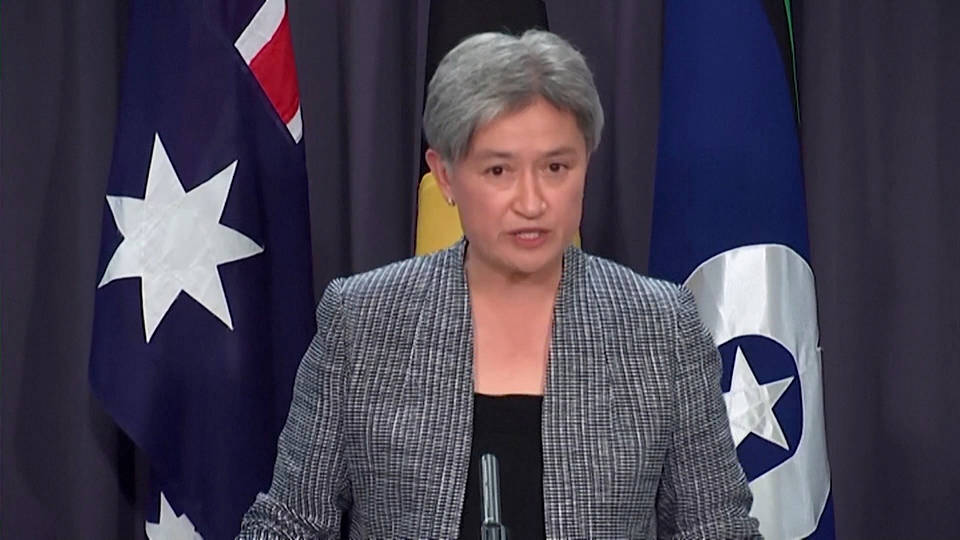 The White House said Monday that President Joe Biden will host Israel’s President Isaac Herzog during an official visit next week. His planned trip will come less than a week before Israel holds nationwide legislative elections on November 1.

Penny Wong: “Today the government has reaffirmed Australia’s previous and long-standing position that Jerusalem is a final status issue, and a final status issue that should be resolved as part of any peace negotiations between Israel and the Palestinian peoples. This reverses the Morrison government’s recognition of West Jerusalem as the capital of Israel.”

The original content of this program is licensed under a Creative Commons Attribution-Noncommercial-No Derivative Works 3.0 United States License. Please attribute legal copies of this work to democracynow.org. Some of the work(s) that this program incorporates, however, may be separately licensed. For further information or additional permissions, contact us.
Headlines continue at Democracy Now!