In Germany, nine climate activists with the group Scientist Rebellion have staged a nonviolent civil disobedience protest at the showroom of a Volkswagen factory in the city of Wolfsburg. On Wednesday, protesters glued scientific research papers to different models of Porsches on display, and they used superglue to attach themselves to the floor. Protester Gianluca Grimalda said the auto industry is responsible for some 12% of Germany’s greenhouse gas emissions. His group wants Germany to reinstate a program making public transit more affordable, and they’re demanding a speed limit on Germany’s Autobahn highway system.

Gianluca Grimalda: “We are here because we know, as scientists, that there is a clear connection between the amount of CO2 emissions and the increase in temperatures. And we have already seen that now with only 1.2 temperature increase since the preindustrial level, we are observing famines, floods, droughts and many other extreme weather events. We know that that is the cause, and we know that we must stop CO2 emissions. We know that we must decarbonize.” The Biden administration says the United States will provide Cuba with $2 million in emergency relief to help the island recover from Hurricane Ian. On Wednesday, Cuban Foreign Minister Bruno Rodríguez expressed gratitude for the funds but said the amount pales in comparison to the economic damage to Cuba caused by the U.S. embargo, which Rodríguez called a “permanent pandemic” and a “constant hurricane.”

Bruno Rodríguez: “Between August 2021 and February 2022, the losses caused by the blockade were on the order of $3.806 billion. It is a record amount, a record for such a short period as these seven months. … Today the policy of President Joseph Biden’s government toward Cuba is regrettable. And it is the same Republican policy; no changes have been introduced in that policy. The surgical design that pursues every income, every source of funding, and supply in the country remains a daily theme.” 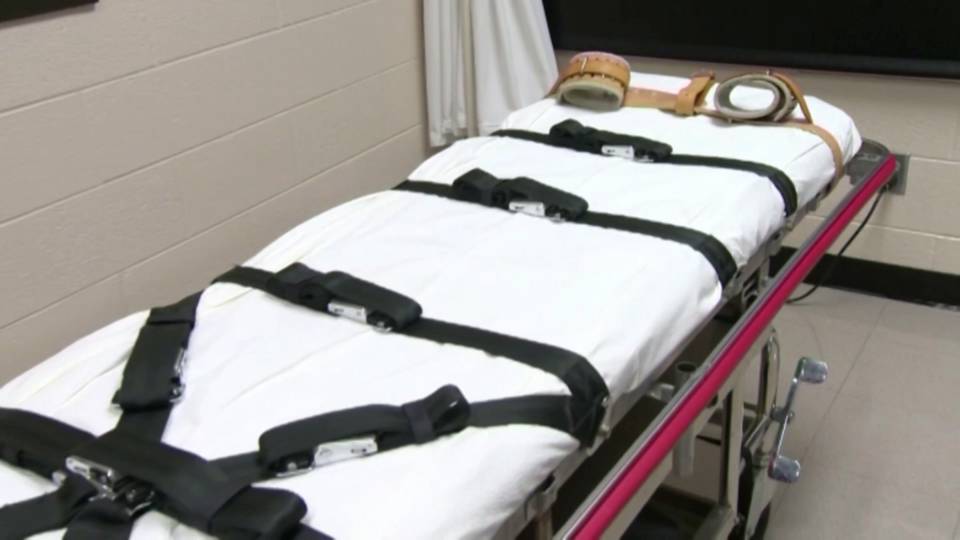 Oklahoma is scheduled to execute death row prisoner Benjamin Cole this morning, after the Supreme Court denied a last-minute appeal Wednesday. Lawyers say Cole, who was convicted of killing his 9-month-old daughter in 2002, suffers from paranoid schizophrenia and is essentially in a “catatonic” state. Oklahoma is planning on executing 25 people over a period of two years, despite concerns over the state’s track record of botched lethal injections. 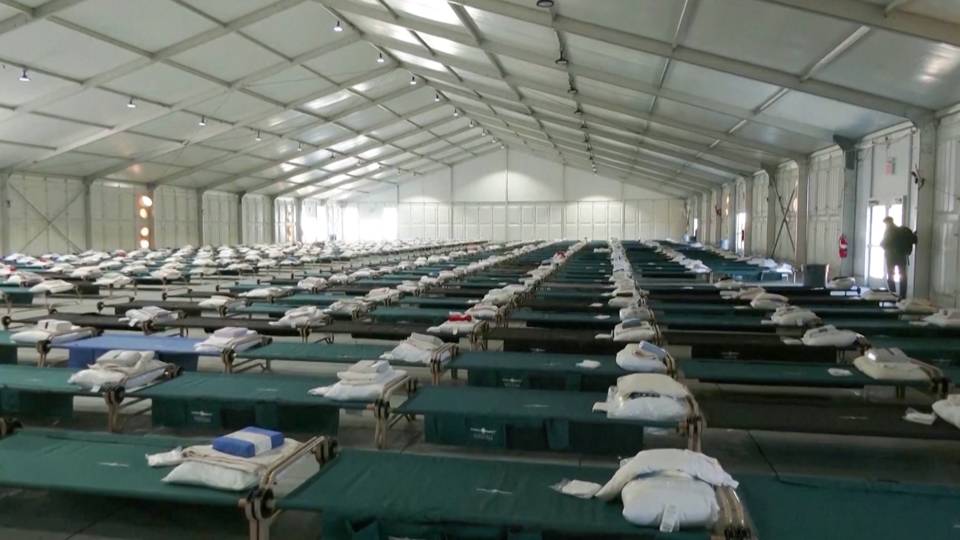 Here in New York City, officials opened a large tent Wednesday on an island in the middle of the East River to use as an emergency shelter for asylum seekers arriving on buses from the U.S.-Mexico border. The tent will hold about 500 men and can expand to hold 1,000, sleeping head to toe on thin cots. This is New York City Emergency Management Commissioner Zach Iscol.

Zach Iscol: “There’s not a lot of places that you can put this type of infrastructure and do this type of work caring for this many people. This is also a temporary facility. People are not going to be living in it. This is a short-term solution for people to figure out what their next destination is going to be.”

Nearly 20,000 migrant asylum seekers have arrived in New York City since April, many from Venezuela. Some have been absorbed by the shelter system, while others end up on the streets. Many have been taken into the homes of volunteers who are also organizing food and clothing drives for the new arrivals. Rights advocates are still calling for better shelters. New York Immigration Coalition executive director Murad Awawdeh said the tent shelter is “a stain on our city’s rich history of welcoming immigrants and morally reprehensible.” He added, “To continue ignoring the calls from advocates and other city officials to utilize alternative and more appropriate housing options, and instead begin implementing this dangerous plan, Mayor Adams has compromised New York City’s status as a beacon of hope.” 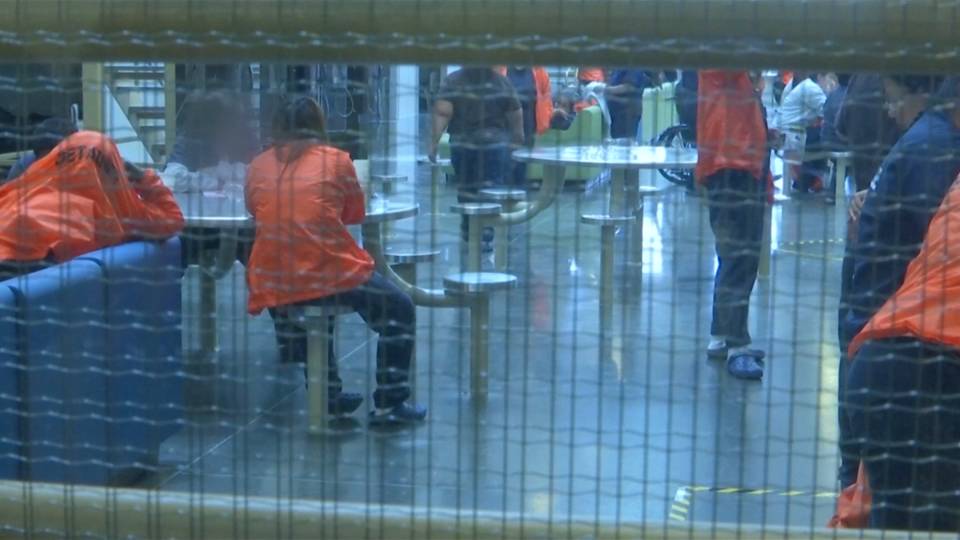 In Texas, immigrant justice advocates are raising alarm over what they say is the unlawful detention of at least seven migrants from Mexico who were shot at by two white men three weeks ago. Twin brothers Michael and Mark Sheppard opened fire on the migrants and later claimed they mistook them for “wild hogs” while out on a hunting trip. One person was killed, and another was injured. The others have been locked up by ICE, despite a directive that says they should be released since they were victims of a crime and have cooperated with authorities. The Sheppard brothers were initially freed on bond but have since been taken back into custody and charged with aggravated assault with a deadly weapon. One of the men, Michael Sheppard, was the warden of the West Texas Detention Center, which has been accused of violating prisoners’ human rights. A federal judge has ordered Donald Trump’s former lawyer John Eastman to turn over 33 new documents to the House committee investigating the January 6 insurrection. U.S. District Judge David Carter says one of the requested emails shows that Trump knew the voter fraud numbers his team alleged in the Georgia election results were not true, yet signed off on their use in a voter fraud lawsuit anyway. Judge Carter said the documents are not protected by attorney-client privilege since they relate to a possible crime. This comes after special master Judge Raymond Dearie expressed doubts earlier this week that materials seized by the FBI at Mar-a-Lago were privileged and could be withheld from a Justice Department investigation.  U.S. Capitol Insurrection Donald Trump was deposed Wednesday in the defamation lawsuit brought by former magazine columnist E. Jean Carroll, who has accused the former president of raping her in the 1990s. Trump has denied the accusation. Last week a federal judge rejected his bid to again delay his deposition. 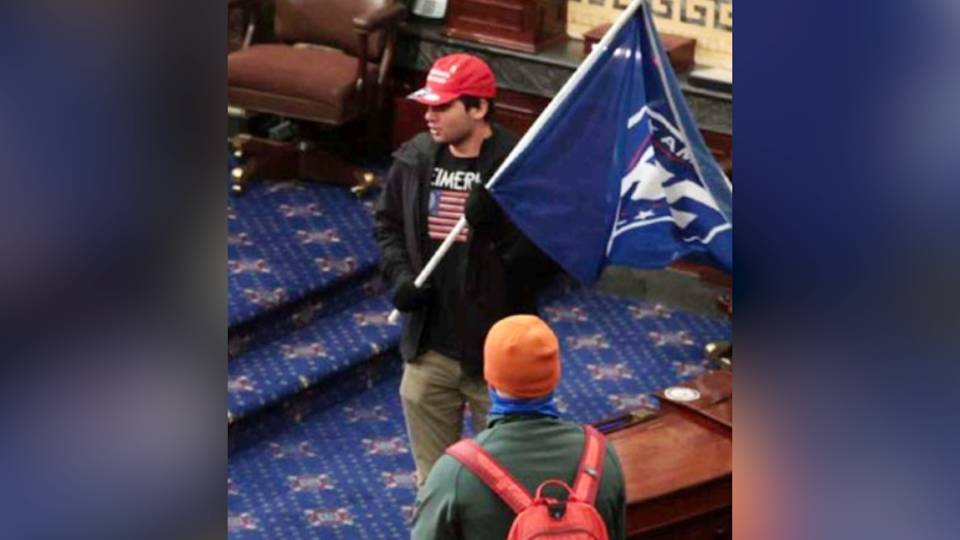 A judge on Wednesday sentenced former UCLA student Christian Secor to 42 months in prison for breaching the U.S. Capitol during the January 6 insurrection. Secor carried a flag inside the Capitol representing the white supremacist group “America First” and sat in the chair that had just been vacated by former Vice President Mike Pence. Secor also founded an “America First” group while at UCLA. 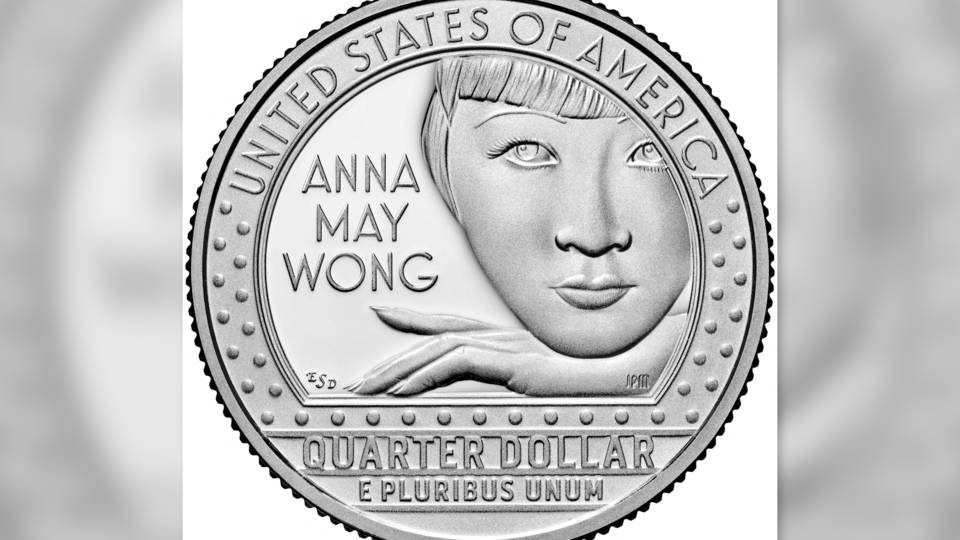 Actor Anna May Wong will become the first Asian American to be featured on U.S. currency. The newly designed quarters will enter circulation next week. Wong was a child of Chinese immigrants, born in Los Angeles in 1905. She acted in over 60 films before her death in 1961. She also was the first American actor of Asian descent to play a lead on a TV show. A biographical film of Anna May Wong is currently in the works.   Asian American