The Lancet: Immediate Action on Climate Could Save the Lives of Millions 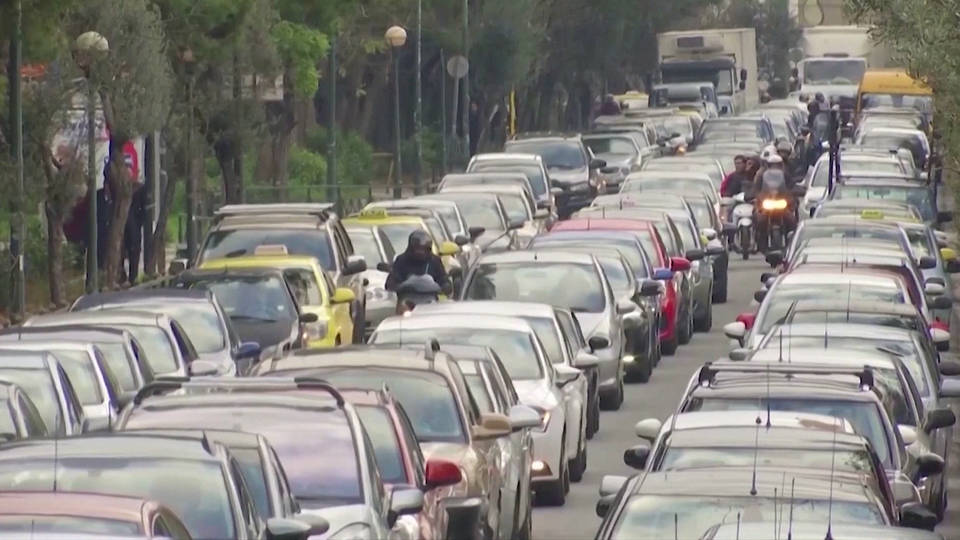 A new “report”:https://www.thelancet.com/journals/lancet/article/PIIS0140-6736(22)01540-9/fulltext by the British medical journal The Lancet finds efforts to mitigate climate change can still deliver a future where people can not only survive, but thrive. The report’s lead author Dr. Marina Romanello said in a statement, “There is clear evidence that immediate action could still save the lives of millions, with a rapid shift to clean energy and energy efficiency.” The Nigerian Medical Association is raising alarm about the spread of waterborne diseases in Nigeria, after historic flooding killed over 600 people and left over 200,000 homes partially or completely destroyed. Aid groups say the flooding has led to a major increase in cholera cases and other preventable diseases like diarrhea and typhoid fever. Survivors are growing increasingly angry over Nigerian authorities’ response to the flooding, which has displaced about a million-and-a-half people.

Chinyere Johnson: “My house is flooded, my community is flooded, people are suffering, no drinking water, no light. In fact it is a terrible situation.’’ Ukraine’s government says it has discovered the bodies of nearly a thousand civilians and soldiers buried in territories recaptured from Russia by a Ukrainian counteroffensive. About half of the bodies were discovered in a mass grave in Izium in Ukraine’s northeastern Kharkiv region.

Overnight, Russia’s military carried out fresh attacks on power plants, this time in central Ukraine. In southern Ukraine, officials in the Russian-occupied Kherson region say more than 70,000 people have evacuated their homes ahead of a looming battle for control over Kherson city.

Meanwhile Ukraine has deployed more of its forces near its border with Belarus, a key Russian ally. 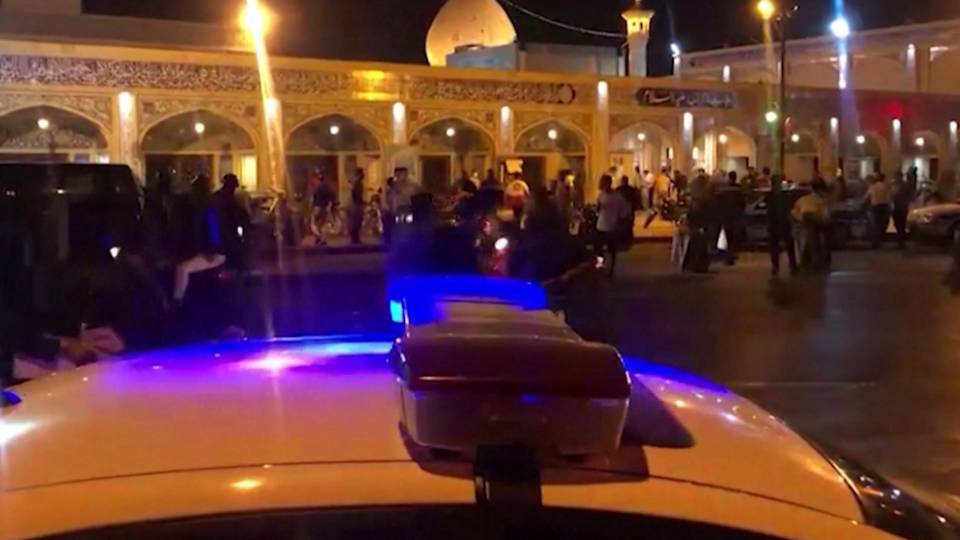 In Iran, a mass shooting at a Shia shrine in the southern city of Shiraz killed 15 people and injured another 40 on Wednesday. The Islamic State has claimed responsibility for the attack. This is a survivor of the massacre.

Survivor: “They chased me, and I was shot in the back and three people died next to me. When they attacked and started shooting, I lay down on the floor and they thought I was dead. They killed three people near me but I managed to escape with my life.”

The deadly attack came as massive protests rocked Tehran and other parts of Iran Wednesday, as people marked 40 days since the death of 22-year-old Mahsa Amini in police custody.

Also on Wednesday, the Biden administration imposed sanctions on 14 Iranian officials over the regime’s “brutal suppression” of protests. 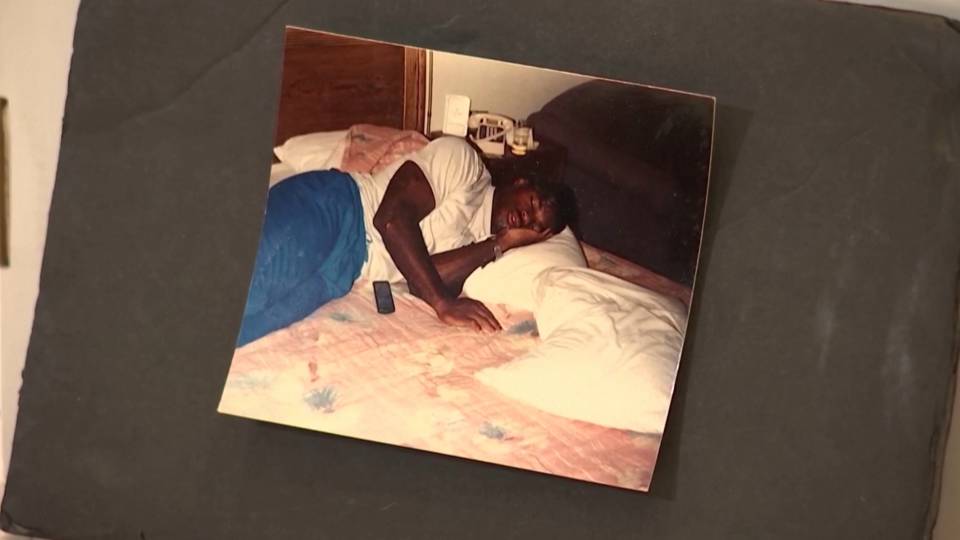 In Georgia, another woman has come forward to claim anti-abortion Republican Senate candidate Herschel Walker pressured her into having an abortion. The unidentified woman said it happened in the 1990s while they were dating, and that Walker drove her to a clinic to have the procedure. On Wednesday, lawyer Gloria Allred spoke to the press about her client’s allegations, and played audiotape of the woman.

Jane Doe: “Herschel Walker is a hypocrite, and he is not fit to be a U.S. senator. We don’t need people in the U.S. Senate who profess one thing and do another. Herschel Walker says he is against women having abortions. But he pressured me to have one.”

This comes as Georgians have turned out in record numbers for early voting. Nearly 60% more voters have already cast ballots than at this point in 2018’s midterms. Data also show a higher proportion of Black and older voters. In Pennsylvania, Democratic Representative Mike Doyle announced Wednesday he is retiring from Congress, a year after he first revealed he would not seek re-election. Congressmember Doyle told reporters, “I feel an obligation to make sure that people understand that my term expires at the end of the year, that I am not seeking reelection — but there is someone that has the same name as me on the ballot.” Republican Mike Doyle is a city councilor in a Pittsburgh suburb who’s seeking to replace Congressmember Mike Doyle. He has denied he’s seeking to deceive voters into voting for him based on name recognition, though his campaign literature makes few references to his party affiliation. He faces Democratic nominee Summer Lee, a Pennsylvania state Representative who has the backing of the Democratic Socialists of America and progressives including Senator Bernie Sanders and Congressmember Alexandria Ocasio-Cortez. 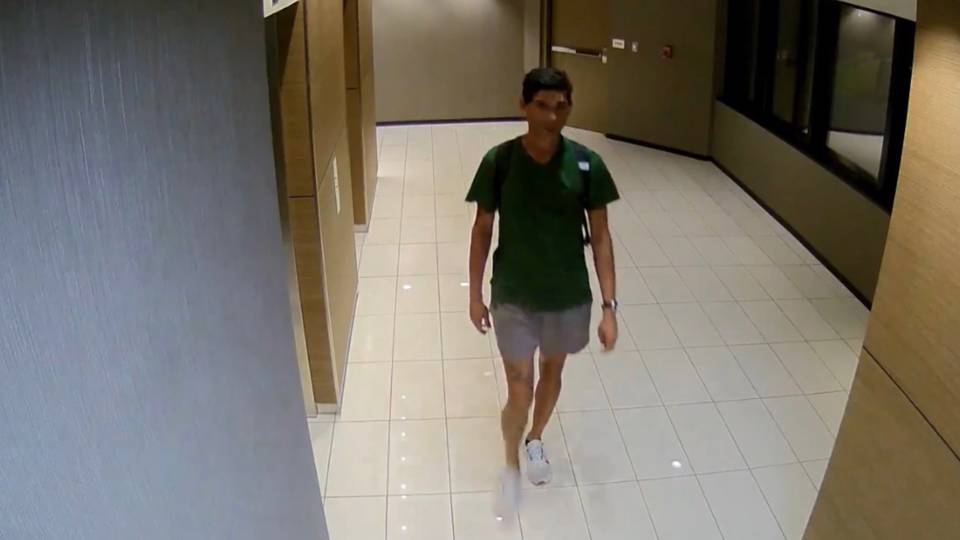 In Arizona, police are investigating a burglary at the Phoenix campaign headquarters of Democratic gubernatorial candidate Katie Hobbs. No suspects have been identified, but Hobbs’ campaign has released images from a surveillance video showing an unauthorized person entering the building overnight on Monday. Hobbs currently serves as Arizona’s secretary of state. As of Monday, she had reported a half-dozen voter intimidation complaints near ballot drop boxes to police — including armed people wearing masks and tactical gear. Hobbs has reportedly received hundreds of death threats and threats of violence over the course of her campaign.   2022 Election 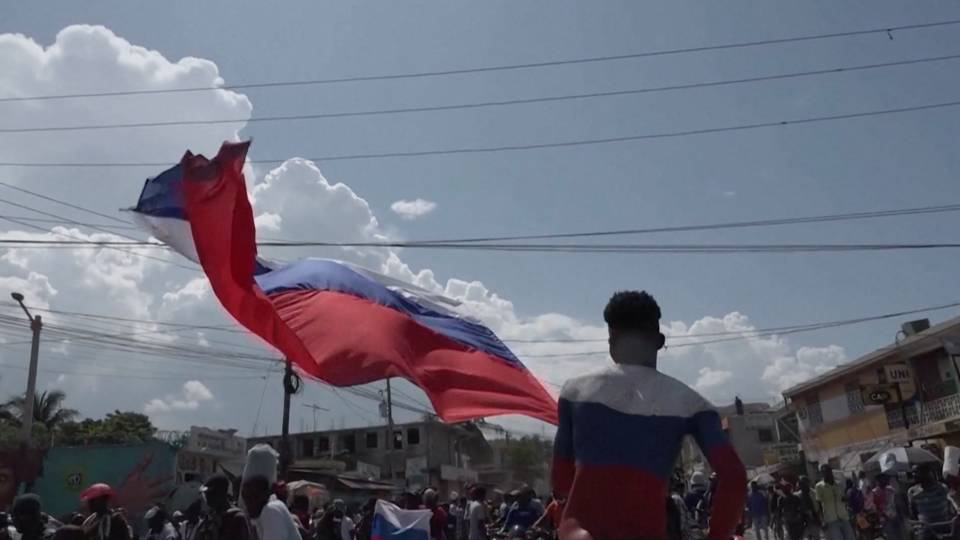 In Haiti, well-known investigative journalist Roberson Alphonse is hospitalized in stable condition after being attacked by gunmen Tuesday in Port-au-Prince. Alphonse works at the daily newspaper Le Nouvelliste and the radio station Magik9. Also on Tuesday, a journalist who had gone missing was found dead. Garry Tess previously hosted a political talk show in the southern city of Les Cayes. The Inter American Press Association said this year has been one of the deadliest on record for members of the press.   Haiti