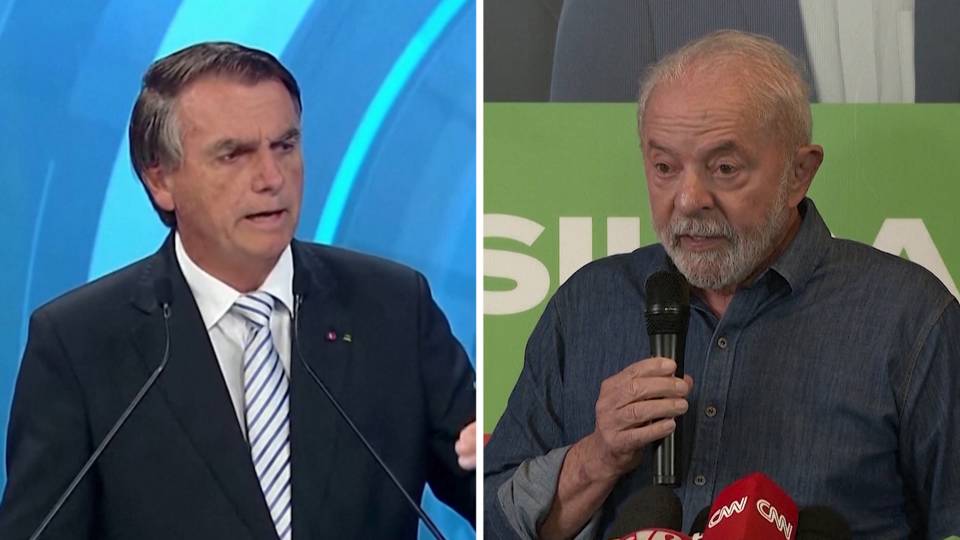 Voters in Brazil head to the polls Sunday for a runoff election that pits far-right President Jair Bolsonaro against former leader Luiz Inácio Lula da Silva. Polls have shown Lula with a slender but consistent lead. Ahead of the vote, Bolsonaro’s son, Rio state senator Flávio Bolsonaro, claimed his father was the victim of “the greatest electoral fraud ever seen.” Attempts by the Bolsonaro family and their allies to sow doubt over the election have added to fears that Bolsonaro will attempt to stage a coup d’état if he loses.

Those concerns grew this week after authorities in Rio de Janeiro charged a former congressmember and Bolsonaro ally with attempted murder, after he attacked Federal Police officers with a rifle and a grenade as they sought to arrest him on Sunday. Bolsonaro has since tried to distance himself from the former congressmember, Roberto Jefferson, even though several photographs taken in 2020 show the pair laughing and smiling together.

Meanwhile environmentalists fear what a Bolsonaro victory could mean for the climate crisis.

Marcio Astrini: “What Brazilians do now at the polls is much more than a change of president. These are fundamental choices for our country, choices for the future. We will choose whether we stay with democracy or not, we will have to choose If we keep the Amazon alive or if we keep Bolsonaro. It’s a choice between the two. It’s not going to be possible to have both at the same time.” Canada has sent a delegation to Haiti to assess security and humanitarian concerns as the country faces worsening political instability and gang activity. Canada’s foreign minister and Prime Minister Justin Trudeau met with U.S. Secretary of State Antony Blinken in Ottawa Thursday as the two countries push for an international armed intervention in Haiti. Haitians have taken to the streets in recent weeks denouncing foreign aid and occupation, saying the U.S. and other powers have contributed to the destabilization of Haiti. Protesters are also demanding the resignation of U.S.-backed Haitian Prime Minister Ariel Henry. A group of Democratic senators, led by Massachusetts Senator Ed Markey, are urging the Biden administration to expand and extend temporary protected status, or TPS, for Haitians as thousands continue to flee to the United States. Haiti’s current TPS designation expires in February. The Biden administration has continued to mass deport Haitian asylum seekers, including children, despite widespread shortages of food, water and other vital resources.

260,000 Refugees in US at Risk of Deportation as Talks Over Protected Status Collapse Hundreds of thousands of immigrants from El Salvador, Honduras, Nicaragua and Nepal who have temporary protected status, or TPS, are at risk of deportation after negotiations with the Biden administration to expand the relief collapsed earlier this week. Talks had been ongoing for over a year as part of litigation demanding the U.S. government redesignate TPS for more than 260,000 people. In 2020, a federal appeals court reversed an injunction from 2018 that had blocked termination of their relief. That decision is not yet final as plaintiffs await another hearing, but people could lose their protections as early as the end of this year if the Biden administration continues to defend the Trump-era decision. 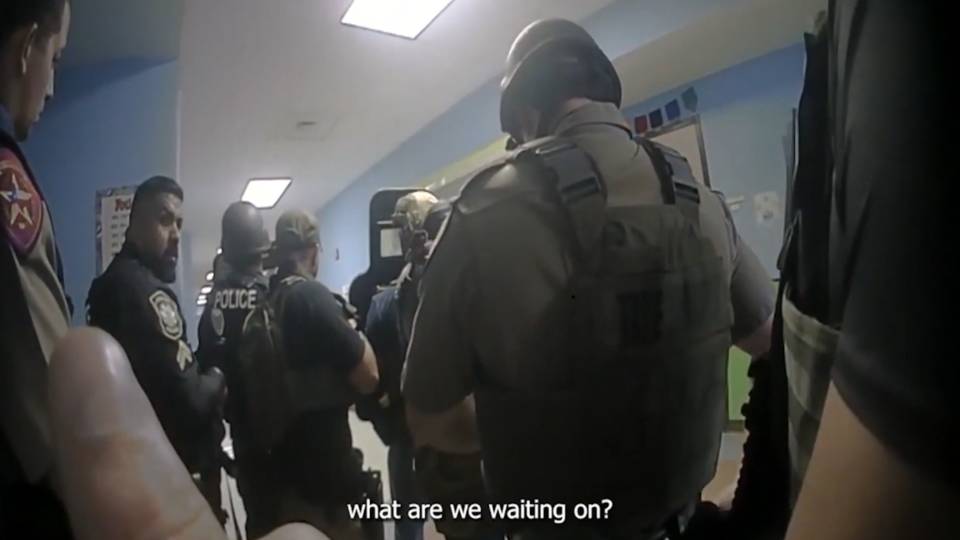 In Austin, Texas, families of victims of the massacre in Uvalde packed a public safety commission meeting Thursday to demand the resignation of Texas’s top law enforcement official over the botched police response during the mass shooting, and the mishandling of the investigation that followed. Newly released body-camera footage shows Texas law enforcement officers at Robb Elementary School on May 24 acknowledging they should confront the gunman, but saying they were afraid of getting shot. Nineteen students and two teachers were killed that day, as over 70 minutes passed before police finally entered the fourth-grade classroom and killed the gunman. Democratic State Senator Roland Gutierrez, who represents Uvalde, spoke at Thursday’s meeting.
bq. State Senator Roland Gutierrez: “No help arrived. We’ll never know how many children could have been saved. Two, three, four. A few died on the way to the hospital. Eva Mireles died on the way to the hospital. The actions by DPS in the aftermath of the shooting are nearly as egregious as their inaction on May 24th.”
To see our interview with Texas State Senator Gutierrez go to democracynow.org.

Elon Musk has closed his deal to purchase Twitter for $44 billion, and has fired the company’s top executives, including its CEO and CFO. Musk changed his Twitter bio to read “Chief Twit” and tweeted “the bird is freed” late Thursday. Twitter employees have expressed fears Musk would slash its existing workforce by 75%. Meanwhile, many are expecting Elon Musk to reinstate Donald Trump’s account, which was permanently suspended after the January 6 insurrection.   Corporate Power 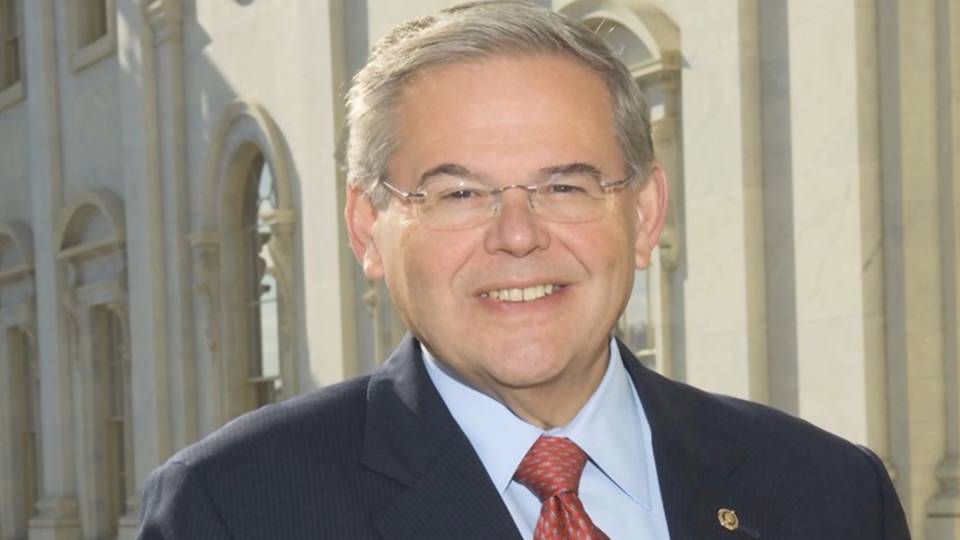 In New Jersey, a federal prosecutor has issued dozens of subpoenas in a wide-ranging criminal investigation involving several people including U.S. Senator Robert Menendez. That’s according to NBC News, which reports the investigation also involves a company that’s authorized by the government of Egypt to certify exports of Halal food worldwide. Menendez is a Democrat and chair of the Senate Foreign Relations Committee. In 2017, prosecutors dropped corruption charges against him after a jury couldn’t agree on a verdict. In that case, Senator Menendez was accused of influence peddling on behalf of a New Jersey ophthalmologist in exchange for flights on a private jet, luxury hotel stays and six-figure campaign contributions.   Senate 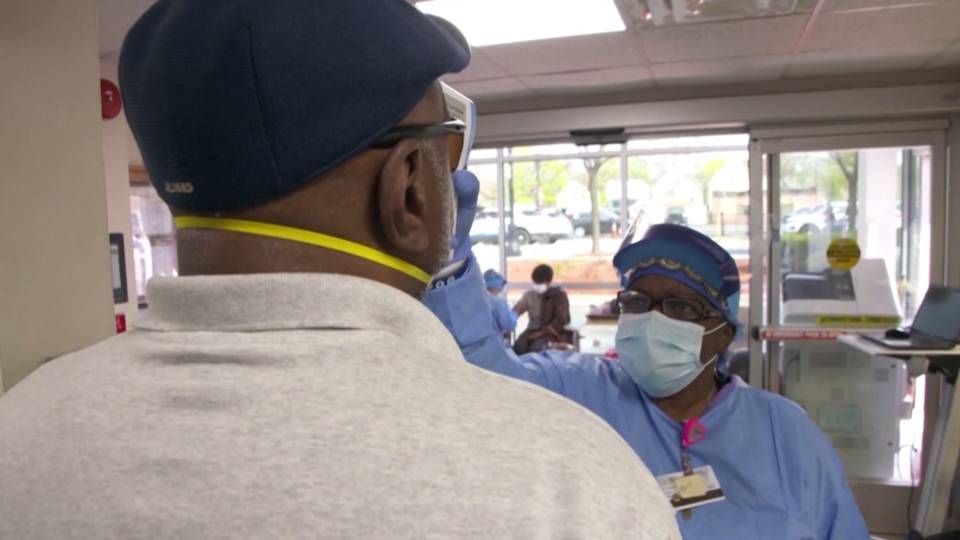 The U.S. Centers for Disease Control and Prevention is warning communities of color are far less likely to benefit from potentially life-saving treatments for COVID-19. A CDC study released Thursday found African American and Latinx patients received the antiviral drug Paxlovid more than 30% less often than white patients — even though people of color in the U.S. are about twice as likely to be hospitalized with COVID. This comes as U.S. coronavirus hospitalizations have begun to increase for the first time since July.   Race in America 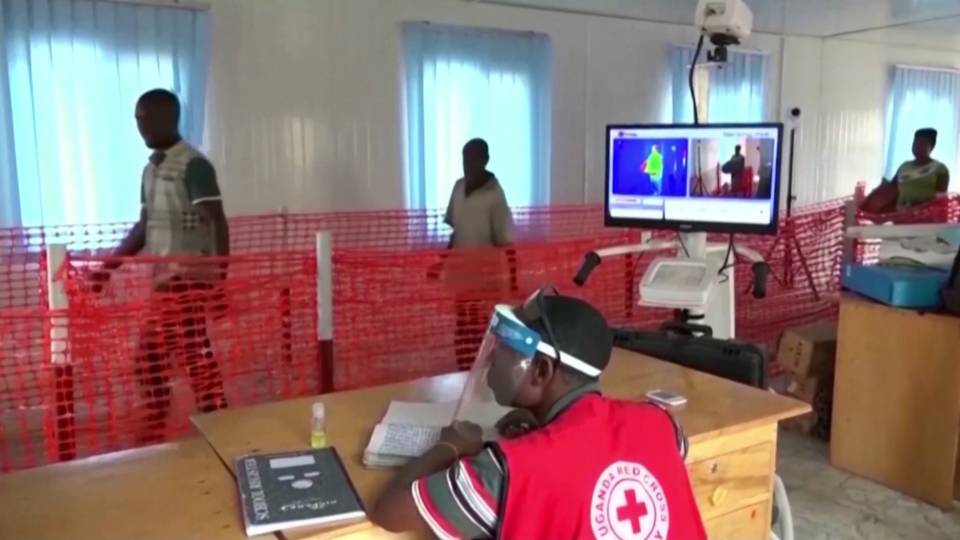 In Uganda, more than a dozen people including six schoolchildren have tested positive for the Ebola virus in the capital Kampala. It’s part of a new outbreak of the disease, which has seen over 100 confirmed infections and 30 deaths in Uganda since the first case emerged in September. It’s the fifth outbreak of Ebola in Uganda since 2000.   Ebola 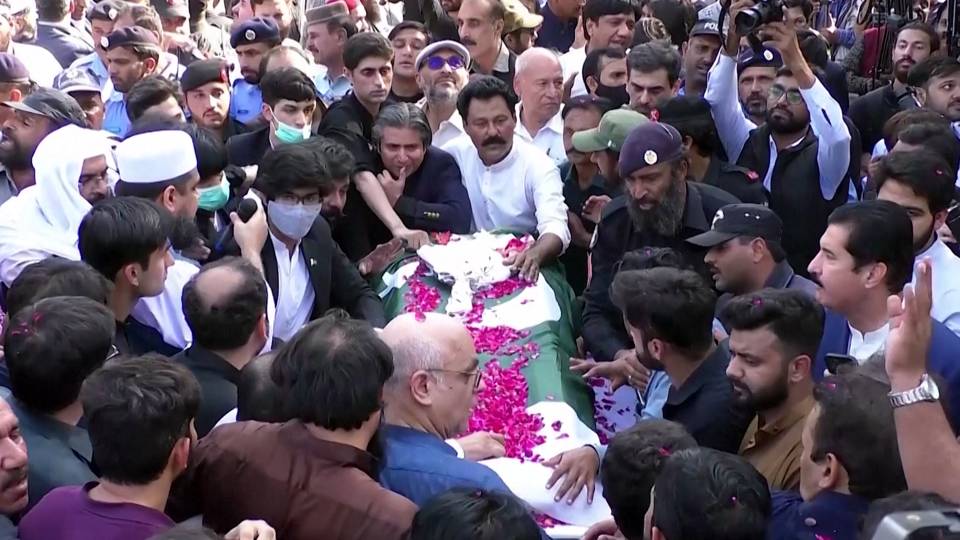 In Pakistan, tens of thousands of people attended the funeral of prominent journalist Arshad Sharif in Islamabad Thursday. Sharif was killed by police in Kenya Sunday, in what authorities claimed was a case of mistaken identity. Sharif had fled Pakistan just two months before his death to avoid arrest following a series of criminal charges over his criticism of the Pakistani military and the government of Prime Minister Shehbaz Sharif, who rose to power after the ouster of Imran Khan. Arshad Sharif had been living in hiding in Kenya. Supporters are demanding justice for Sharif and a thorough independent investigation into his killing. Pakistan has a history of media suppression and violence against journalists, and critics often blame the military.   Journalism

At Least 31 People Killed By Flooding, Landslides in Philippines In the Philippines, landslides and flooding have killed at least 31 people, while others remain missing as rains from Tropical Storm Nalgae lashed the central and southern Visayas and Mindanao regions. Authorities warn more flooding could be on its way as the storm makes landfall this weekend in northern Philippines.   Climate Crisis

In Mexico, same-sex marriage is now legal across the whole country after the states of Guerrero and Tamaulipas legalized marriage equality this week. Same-sex couples can now get married in all 32 states. This is LGBTQ+ activist Denisse Mercado, celebrating the news Wednesday.

Denisse Mercado: “Tamaulipas said yes to marriage, said yes to love, and yes to our families. And also that we have the same rights as other families. We are not 'unnatural'; on the contrary, we have existed throughout history.”

The original content of this program is licensed under a Creative Commons Attribution-Noncommercial-No Derivative Works 3.0 United States License. Please attribute legal copies of this work to democracynow.org. Some of the work(s) that this program incorporates, however, may be separately licensed. For further information or additional permissions, contact us.
MORE HEADLINES