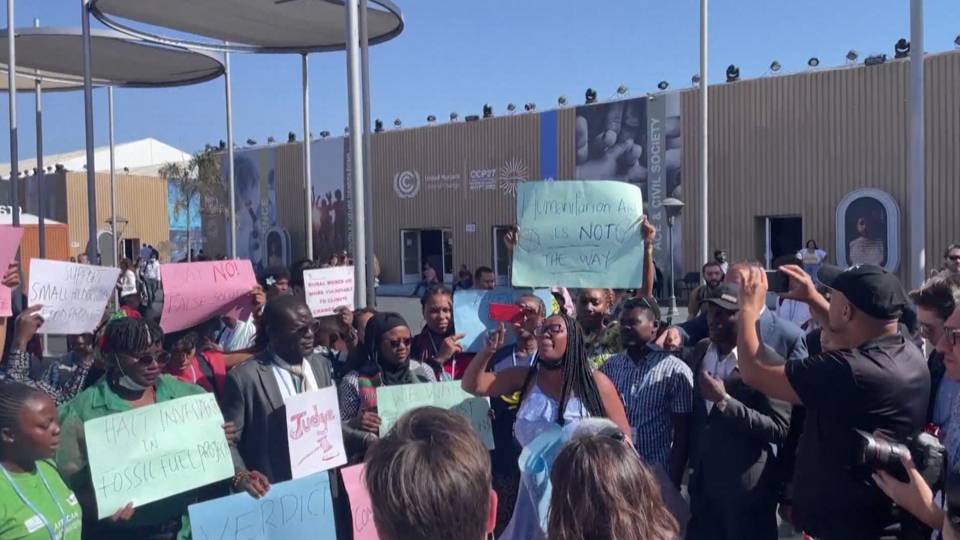 On Wednesday, activists staged a number of protests at COP27. Youth activist Lucky Abeng of the Pan African Climate Justice Alliance demanded rich counties pay poor nations for loss and damage caused by climate disasters — like recent floods in Nigeria that killed more than 600 people while displacing over a million.

Lucky Abeng: “We want world leaders to take this agenda very seriously, because our future as young people is at stake. We contribute less than 4% to the global greenhouse gas emissions, but yet the worst impact of climate change is upon us here in Africa.” 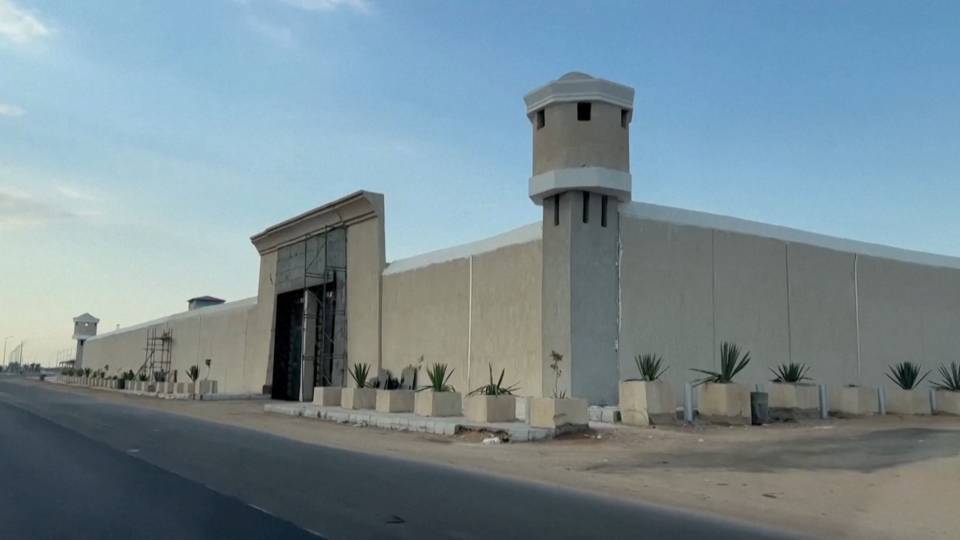 British Egyptian political prisoner Alaa Abd El-Fattah is now on the fifth straight day of a complete hunger and water strike as his family and supporters continue to press for his release and proof he is still alive. Earlier today, prison officers informed the family “medical intervention was taken,” though no further details about his condition are known. This is his mother, Laila Soueif, speaking Wednesday from outside the jail where Alaa has been held, about 60 miles north of Cairo.

Laila Soueif: “Up until yesterday, I could have believed that he was fine, but he can’t be all right after four days without any intake. … He believes that if this ends in his death, the political price will be high for the regime. And he has already achieved that with the scandal that has happened.”

Alaa’s sister Mona Seif has tweeted that a lawyer has been granted permission to visit Alaa in prison, but, she wrote, “Unbelievable! At the prison they are trying to prevent Khaled Ali from the visit!!”

Meanwhile, a complaint has been filed against Alaa’s sister Sanaa Seif, accusing her of “conspiring with foreign agencies” and “spreading false news.” The case has not yet been accepted by the public prosecutor, but it puts Sanaa at risk of detention while she is in Egypt for COP27. 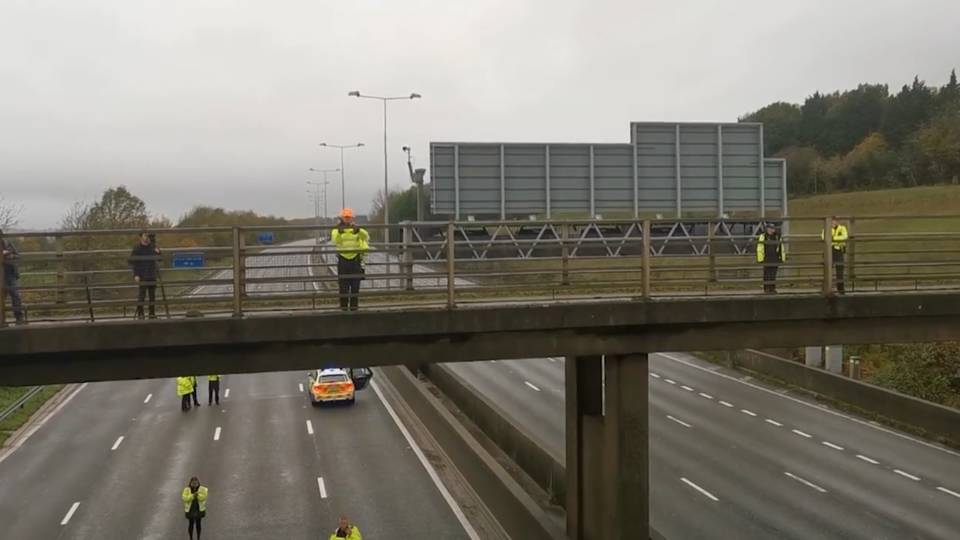 In Britain, activists with Just Stop Oil brought parts of the nation’s busiest highway to a standstill for a fourth straight day to demand the U.K. government stop all new oil and gas projects. Protesters climbed on highway sign overpasses, forcing police to shut down traffic. Dozens have been arrested this week, including youth activist Louise Harris.

Louise Harris: “Over a thousand people in the U.K. died in just a few days because of the 40-degree heat, because of the climate crisis, which is fueled by oil, gas, coal, fossil fuels. And our government, they want more. It is an act of murder! And this is an act of self-defense, and we need you to join us in order for this to work, in order for our murderous government to take action and listen. How many more people in Pakistan, in Nigeria have to die before they listen? Even in the U.K.!” 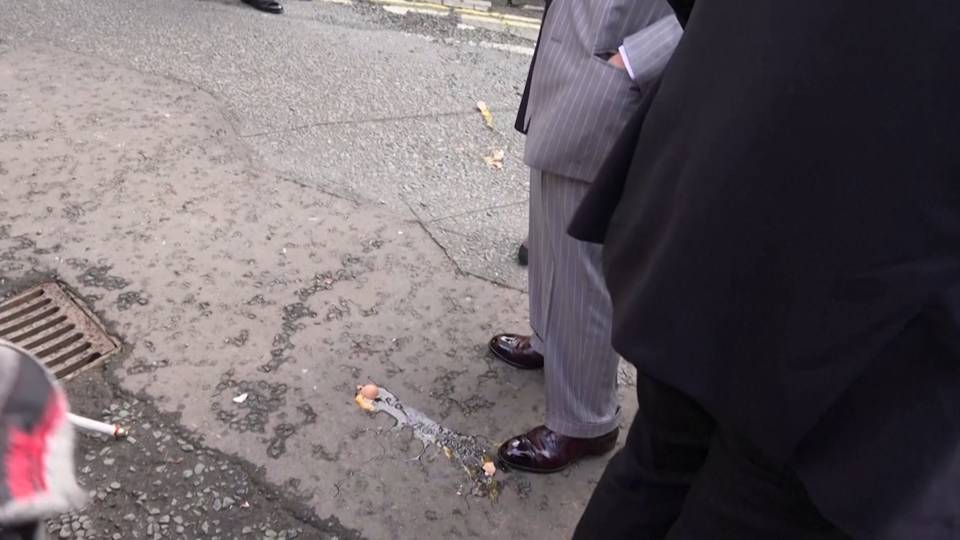 British police arrested a 23-year-old activist for pelting eggs at King Charles and Camilla during a visit to York, to protest the destruction wrought by the British monarchy. None of the eggs hit the pair, and the young activist continued to protest as police restrained him on the ground.

Protester: “You know what? I’m with the citizens of Earth, every person who stands against fascism worldwide, all of the victims of police brutality, all the victims of slavery and colonialism and imperialism, every single person who has died, men, women and children. Those eggs are the only justice that they’re ever going to see, for all of the people who have died so that that man could wear a crown.”

United Kingdom   Protests
The original content of this program is licensed under a Creative Commons Attribution-Noncommercial-No Derivative Works 3.0 United States License. Please attribute legal copies of this work to democracynow.org. Some of the work(s) that this program incorporates, however, may be separately licensed. For further information or additional permissions, contact us.
MORE HEADLINES