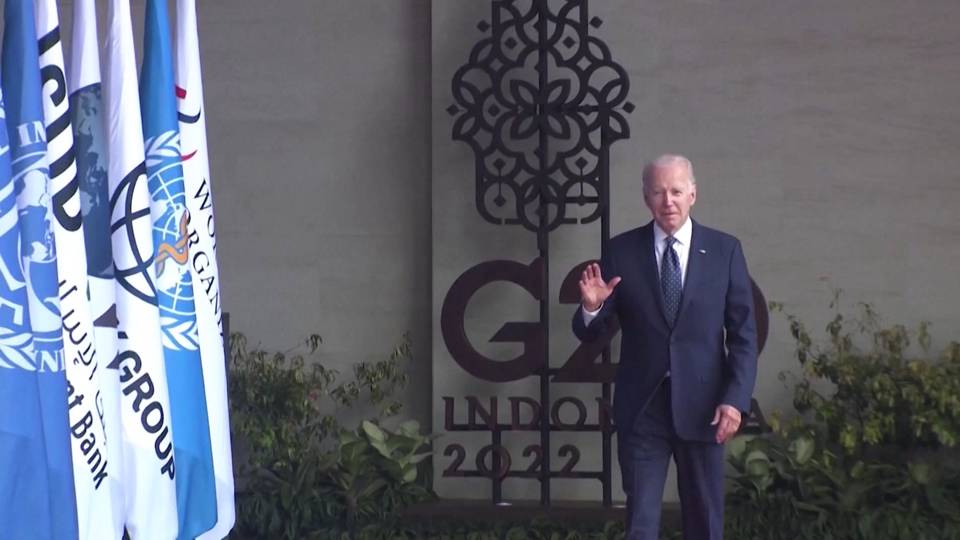 President Joe Biden said Monday he does not believe China is preparing to invade Taiwan. Biden’s remark at the G20 summit in Bali, Indonesia, came after his first face-to-face meeting as president with Chinese leader Xi Jinping. Speaking to reporters after their three-hour talk, Biden dismissed his critics’ claims that U.S. military maneuvers in the Taiwan Strait were provoking a new Cold War.

President Joe Biden: “I absolutely believe there need not be a new Cold War. We — I met many times with Xi Jinping, and we were candid and clear with one another across the board. And I do not think there’s any imminent attempt on the part of China to invade Taiwan.” Here in Egypt, imprisoned British Egyptian writer and technologist Alaa Abd El-Fattah has ended his hunger strike after more than seven months. The news came in a letter from prison today to his family. They are scheduled to have their monthly visit with him on Thursday, one day before his 41st birthday. In the letter, Alaa wrote, “I’ll see you on the visit day and tell you everything then and we’ll get back to long letters after the visit. The important thing is I want to celebrate my birthday with you on Thursday, I haven’t celebrated for a long time, and want to celebrate with my cellmates, so bring a cake, normal provisions, I’ve broken my strike. I’ll explain everything on Thursday. Lots of love. I miss you and long for your company. Alaa.” In response, his sister Mona Seif said, “I feel cautiously relieved now knowing that at least he’s not on hunger strike but my heart won’t really be settled until Thursday when my mother and sister see him with their own eyes.” The Biden administration has opened an FBI investigation into the killing of Shireen Abu Akleh, the Palestinian American journalist who was shot in the head and killed last May while covering an Israeli raid in the occupied West Bank — even as she wore a helmet clearly labeled ”PRESS.” Israeli officials initially blamed Palestinians for her death, then called evidence “inconclusive,” before once again changing their story in September to say Abu Akleh may have been “accidentally” hit by Israeli troops’ gunfire after they came under fire from Palestinian gunmen. But eyewitness accounts and videos of the area where Shireen was killed do not show a gun battle, and investigations by Al Jazeera, The New York Times, CNN and other news outlets also challenge the official Israeli version of Abu Akleh’s killing.

Abu Akleh’s family called the U.S. investigation an important step toward accountability, writing, “It is what the United States should do when a U.S. citizen is killed abroad, especially when they were killed, like Shireen, by a foreign military.”

Israel’s Minister of Defense Benny Gantz called the U.S. decision to investigate Abu Akleh’s killing a “grave mistake,” adding, “I have made it clear to the U.S. that we won’t cooperate with any external investigation and won’t allow any interference in Israel’s internal affairs.” In the Democratic Republic of Congo, fighting between the army and M23 rebels has moved closer to the eastern city of Goma. It’s some of the worst violence in Congo’s North Kivu region since government forces chased the rebels into neighboring Rwanda in 2013. The fighting has pushed thousands of internally displaced people into makeshift camps, where they face dangerous and squalid conditions.

Ndazimana Kasigwa: “The M23 attacked us the day before yesterday, and that’s how we immediately made the decision to flee. I even left my wife and children behind. I didn’t even take clothes. I don’t have food here, and the hunger will kill us.”

According to the United Nations, at least 188,000 people have been displaced in eastern Congo in recent weeks. Over the weekend, Kenya’s military began sending 900 troops to Congo in support of government forces.   Refugees Prices of digital currencies fell sharply over the weekend after the leading cryptocurrency exchange FTX filed for bankruptcy on Friday. FTX’s rapid collapse has been compared to the implosion of Lehman Brothers in 2008 and the Ponzi scheme masterminded by Bernie Madoff. Overnight, it wiped out nearly all the wealth of 30-year-old CEO Sam Bankman-Fried, whose personal net worth was once valued at $26 billion. Regulators in the U.S. and the Bahamas have opened civil and criminal investigations into how hundreds of millions of dollars’ worth of assets flowed out of FTX just ahead of its collapse. 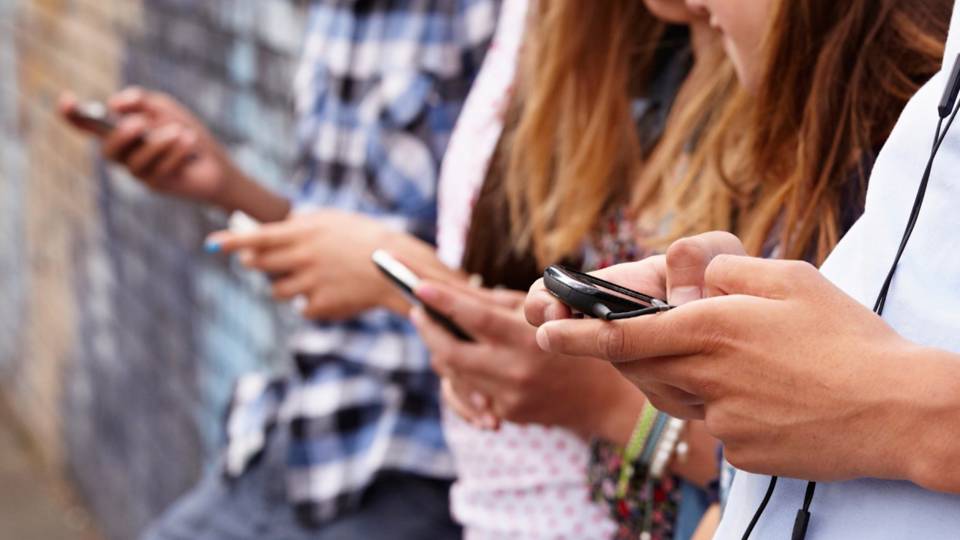 In more tech news, Google has agreed to pay nearly $400 million to 40 states to settle lawsuits accusing the tech giant of tracking smartphone users’ movements — even after they changed a software setting to opt out of sharing their location data. In a statement announcing the settlement, Oregon’s attorney general said, “For years Google has prioritized profit over their users’ privacy.” 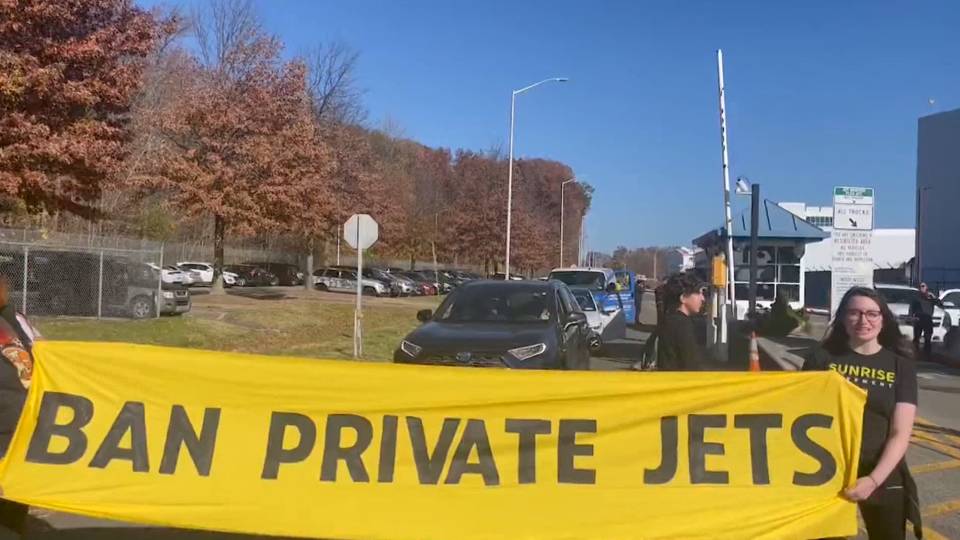 Over a dozen climate scientists and advocates were arrested last week as they blocked several U.S. airports, protesting the destructive toll private jets have on the environment. Climate protesters targeted private airports in New Jersey, North Carolina, California and Washington state as part of a coordinated global action that also saw demonstrations at at least 13 other private airports in 12 other countries. Among the protesters arrested was Peter Kalmus, a climate scientist at NASA’s Jet Propulsion Lab.

Peter Kalmus: “I feel so awful doing this. It just — I feel sick at heart, and it just feels, like, incredibly messy. I feel gaslit by society. But I know this is the right thing to do. So, despite the messiness of this moment, I’m standing in solidarity with all of the Earth protectors around the world and with all the young people who feel desperate for their futures.”

The original content of this program is licensed under a Creative Commons Attribution-Noncommercial-No Derivative Works 3.0 United States License. Please attribute legal copies of this work to democracynow.org. Some of the work(s) that this program incorporates, however, may be separately licensed. For further information or additional permissions, contact us.
Headlines for November 15, 2022 continue