The House select committee investigating the U.S. Capitol insurrection has voted to subpoena former President Donald Trump, demanding he turn over documents and testify about his role in fomenting violence on January 6, 2021. The committee’s vote on Thursday afternoon capped what’s widely expected to be its last public hearing. After headlines, we’ll spend the rest of the hour playing extended excerpts of Thursday’s hearing.   U.S. Capitol Insurrection 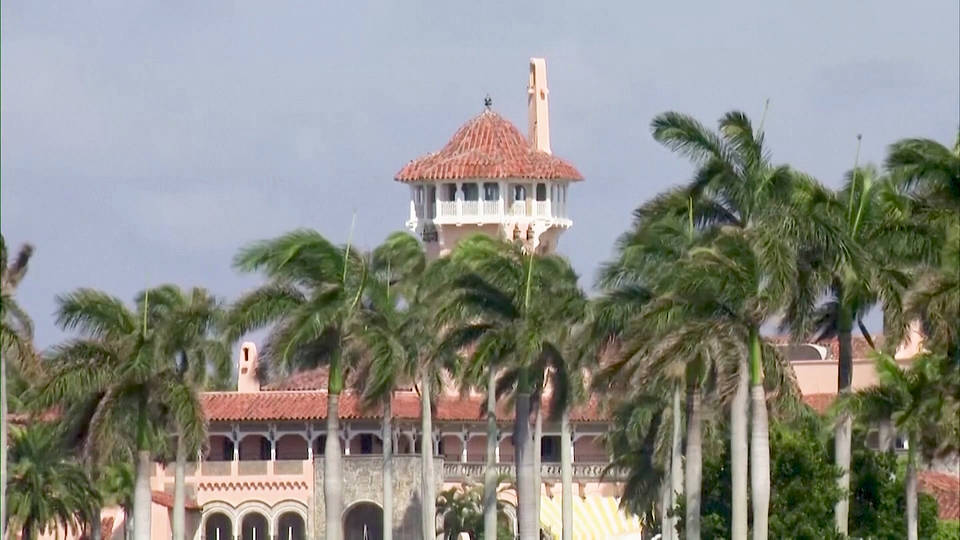 The Supreme Court has rejected a bid by Donald Trump’s lawyers to derail a federal criminal probe into whether Trump violated the Espionage Act and presidential records laws — and whether he obstructed justice to cover up those crimes. On Thursday, justices refused to take up a challenge by Trump’s lawyers to a lower court ruling allowing the Justice Department to use records marked as “classified” in its investigation into documents held by Trump at his Mar-a-Lago estate in Florida. This week reports emerged that a Trump aide told the FBI he was ordered to move boxes of documents out of a basement storage area, into Trump’s residence at Mar-a-Lago. The FBI reportedly has surveillance footage showing the boxes being transferred.   Donald Trump In North Carolina, five people were killed, including a police officer, after a gunman opened fire on a walking trail in a residential area of Raleigh Thursday afternoon. Police say they’ve arrested a suspect identified only as a white male juvenile who has been hospitalized. Raleigh’s mayor, Mary-Ann Baldwin, spoke after the shooting.

Mayor Mary-Ann Baldwin: “We have to end this mindless gun violence that is happening in our country. We have work to do, but there are too many victims, and we have to wake up.” 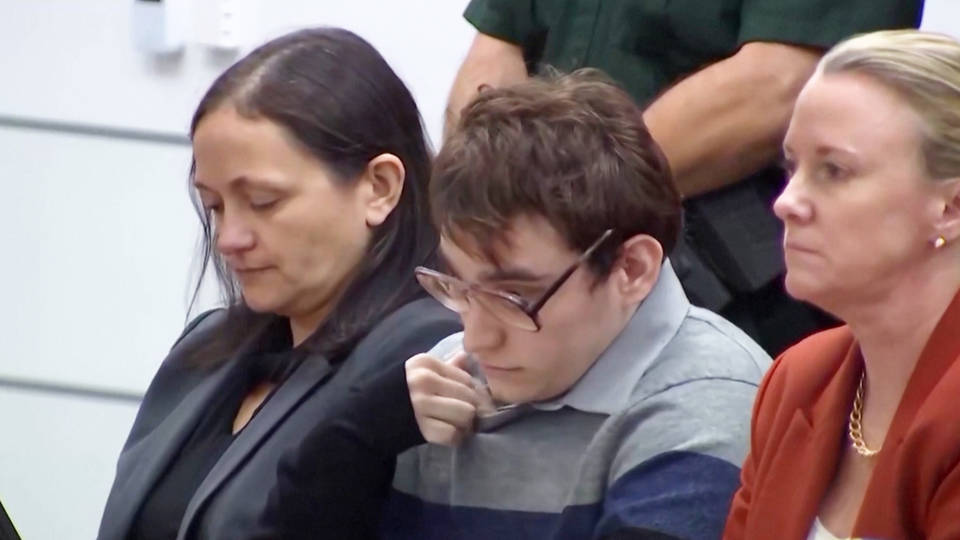 A jury in Florida has rejected the death penalty for Nikolas Cruz, who killed 17 people in a 2018 mass shooting at Marjory Stoneman Douglas High School in Parkland. On Thursday, Cruz was sentenced to life in prison without the possibility of parole, after a single juror refused to recommend a death sentence. Under Florida law, death penalty cases require a unanimous decision. The life sentence drew angry reactions from family members who packed the courtroom. This is Ilan Marc Alhadeff, whose daughter Alyssa was among Cruz’s victims.

Some Parkland survivors were against capital punishment. Cameron Kasky, who was 17 and a junior at Marjory Stoneman Douglas at the time of the attack, said, “The death penalty is barbaric and implementing state violence will not bring any of the victims back.” He added, “make no mistake: it’s the politicians who support the gun lobby that should be held accountable for this.”   Mass Shootings The Biden administration has started expelling Venezuelan asylum seekers to Mexico under an expansion of the pandemic and Trump-era Title 42 policy that’s been used to block at least 2 million migrants from applying for asylum at the U.S.-Mexico border. The U.S. government this week announced it will only accept up to 24,000 Venezuelans under a new plan, while rapidly expelling others who do not meet strict financial and other criteria. Some 25,000 Venezuelan asylum seekers were apprehended at the southern border in the month of August alone as people continue to flee in part due to the catastrophic impacts of U.S. economic sanctions on Venezuela. This is Venezuelan asylum seeker Leonesi Castillo, who was expelled to Mexico Thursday.

Leonesi Castillo: “I entered the United States. They sent us back with no response. They registered our fingerprints, took our pictures and then sent us back over the bridge, saying, like, 'Go back home again.' They didn’t say anything. They requested that we have a relative who has been living there in the U.S. for over four or five years. It’s unfair. We want a response. We’re in Mexico. We have run out of money. We’ve had our bags stolen. Shelters don’t take us in. We’re stranded in the street. Nobody wants to help us.” 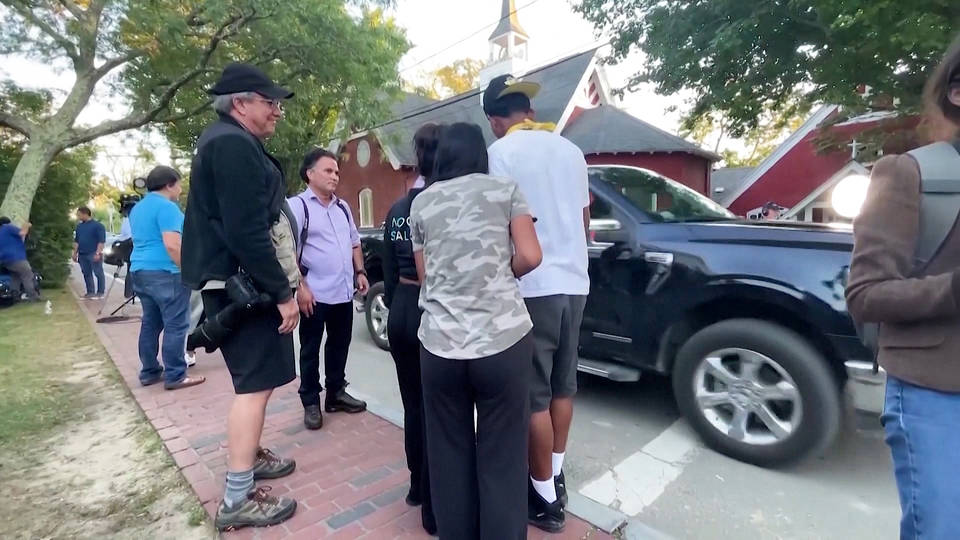 In more immigration news, The Texas Tribune reports a group of asylum seekers who were flown from Texas to Martha’s Vineyard, an island off Massachusetts, by Republican Florida Governor Ron DeSantis last month may be able to apply for a special visa to stay in the U.S. This comes after Bexar County Sheriff Javier Salazar certified the 49 asylum seekers had been victims of a crime when they were coerced into boarding the flights to Martha’s Vineyard. This could allow them to apply for a visa for victims or witnesses of a crime. The asylum seekers were convinced to board the planes by a woman identified as Perla Huerta, a former counterintelligence agent, who falsely promised them jobs and housing if they went to Massachusetts.    Refugees In Ukraine, Russian officials have asked residents of Kherson to evacuate as Ukraine’s military advances on the Russian-occupied city seeking to recapture it. Kherson is part of territory that Russian President Vladimir Putin claimed to have annexed, in a move condemned this week by the U.N. General Assembly. In Iraq, lawmakers have elected Abdul Latif Rashid as the country’s new president, paving the way for the formation of a new government after a year of political uncertainty and conflict in the Iraqi parliament. Rashid immediately named Mohammed Shia al-Sudani as new prime minister; al-Sudani now has 30 days to form a new government. Protests rocked Iraq for months in response to the political turmoil, with supporters and opponents of the powerful Iraqi cleric Muqtada al-Sadr clashing in Baghdad. Al-Sadr resigned from parliament in August. His party, the Sadrist Movement, won the most seats in last October’s parliamentary election but failed to win an outright majority. Al-Sadr’s supporters occupied the Iraqi parliament in an effort to block lawmakers from choosing a new prime minister.   Iraq Israeli forces in the occupied West Bank fatally shot a Palestinian man during a raid on the Jenin refugee camp this morning. Twenty-year-old Mateen Dabaya is at least the 160th Palestinian killed by Israel in the West Bank this year. Among the wounded was physician Abdullah al-Ahmad, who is in critical condition with a gunshot wound to the head. Al Jazeera reports Israeli forces were filmed shooting at ambulance crews. A new report warns that some wild animal populations are declining on a “devastating” scale. The 2022 Living Planet Index finds populations of amphibians, birds, fish, mammals and reptiles that were tracked for the study have declined by an average of 69% since 1970. The report’s authors note that populations of many species have increased over that time even as the biodiversity of animal species continued to plunge rapidly, due to the combined effects of habitat loss, overfishing, pollution and the climate crisis. 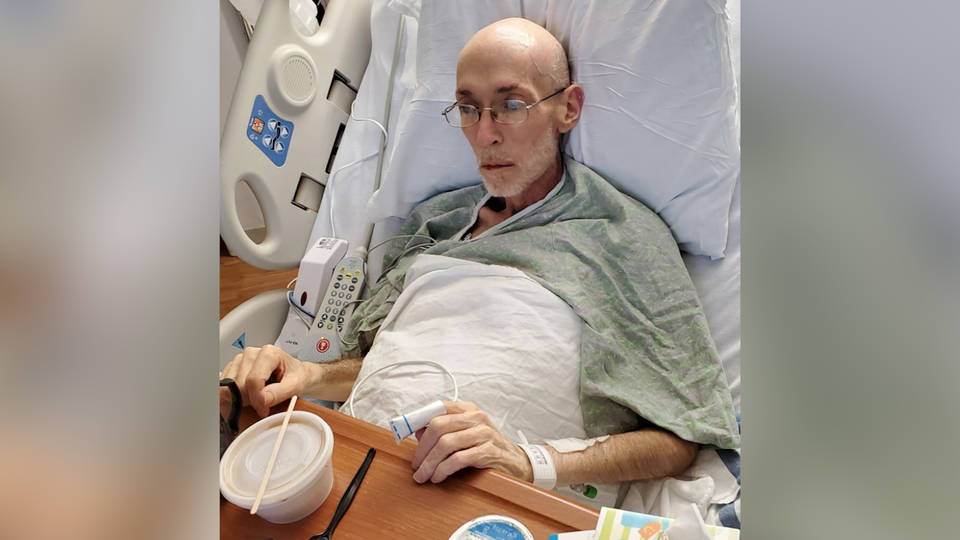 In Florida, a federal judge has held the Federal Bureau of Prisons and a local warden in contempt of court over their neglect and indifference to the plight of a 54-year-old prisoner who was dying of cancer. Frederick Mervin Bardell was diagnosed with an intestinal mass several years ago, at a time when his tumor was treatable, but his repeated requests for compassionate release and healthcare were denied, and his cancer metastasized. In a scathing 14-page ruling, U.S. District Judge Roy Dalton wrote, “The treatment Mr. Bardell received in the last days of his life is inconsistent with the moral values of a civilized society and unworthy of the Department of Justice of the United States of America.” The judge’s order contained photographs of Bardell just after he had arrived at a hospital bleeding, incontinent and emaciated, after he was “deposited on the curb of the Dallas/Fort Worth airport to fend for himself.” He died nine days after his release. In more news from Florida, the Miami Herald has published shocking footage showing how 62-year-old Florida prisoner Craig Ridley was left to starve and die after prison guards broke his neck in 2017. Video taken by a prison official shortly after the catastrophic injury reveals guards ignored Ridley’s protests that “My neck is broken,” and “I’m paralyzed.”

Prison guard: “I assisted Sergeant Nettles and placed an inmate on the ground right here. At this time, the inmate is refusing to walk, to go to medical for his post-use-of-force physical and pre-confinement. We got a wheelchair on the way. … What you got? He may need your assistance, sir.”

The guards repeatedly accused Ridley of faking his injury and hoisted his limp body into a wheelchair. Craig Ridley died on October 12, 2017 — five years ago this week — intubated and unable to communicate.

Social Security Administration to Boost Benefits by 8.7% Amid Soaring Inflation The Social Security Administration has announced its largest increase in benefits in more than 40 years. On Thursday, officials said retirees and people who receive disability benefits will see an 8.7% boost to their monthly checks beginning next year. The increase comes after year-over-year inflation topped 8% over the same period. Meanwhile, new housing data shows U.S. rents increased by 7.2% over the last year, while an index of U.S. food prices grew by more than 11%. The Wall Street Journal reports Kroger and Albertsons are in talks to secure a deal that, if approved, would unite the two largest supermarket operators in the U.S. Progressive groups are calling on the Federal Trade Commission to reject the merger, warning supermarket consolidation usually leads to price hikes.   Food

Charles Sherrod, Civil Rights Pioneer and Minister, Dies at the Age of 85 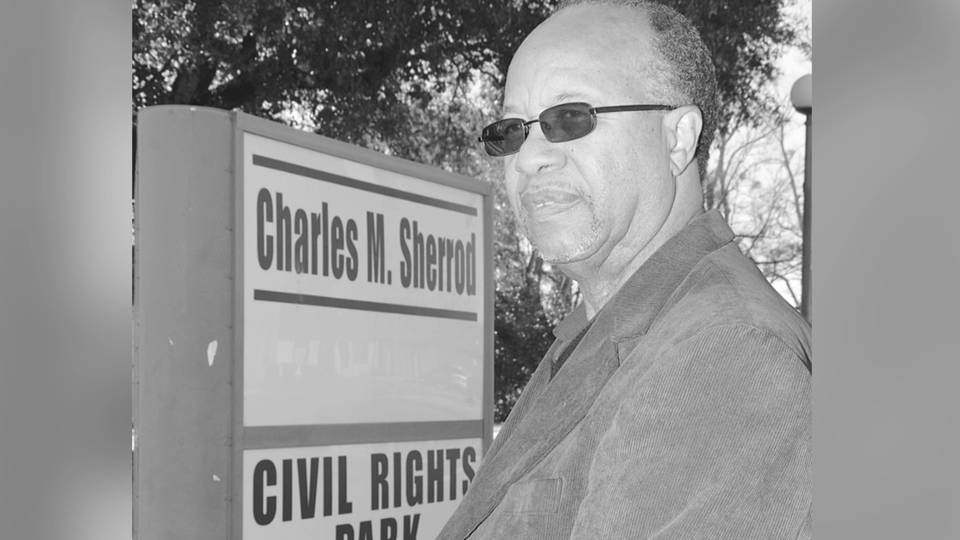 Civil rights activist and minister Charles Melvin Sherrod died this week at the age of 85 in Albany, Georgia. Sherrod joined the Student Nonviolent Coordinating Committee as its first full-time field secretary in 1961 and was a key figure in the Albany Movement, which galvanized Georgians in the fight against segregation and for voting rights in the Jim Crow South. He later went on to serve as Albany city commissioner and teach at Albany State University. Along with his wife Shirley Sherrod and others, he founded the Black-owned farming collective and land trust New Communities. Shirley Sherrod said of her late husband, “His life serves as a shining example of service to one’s fellow man.”   African-American History