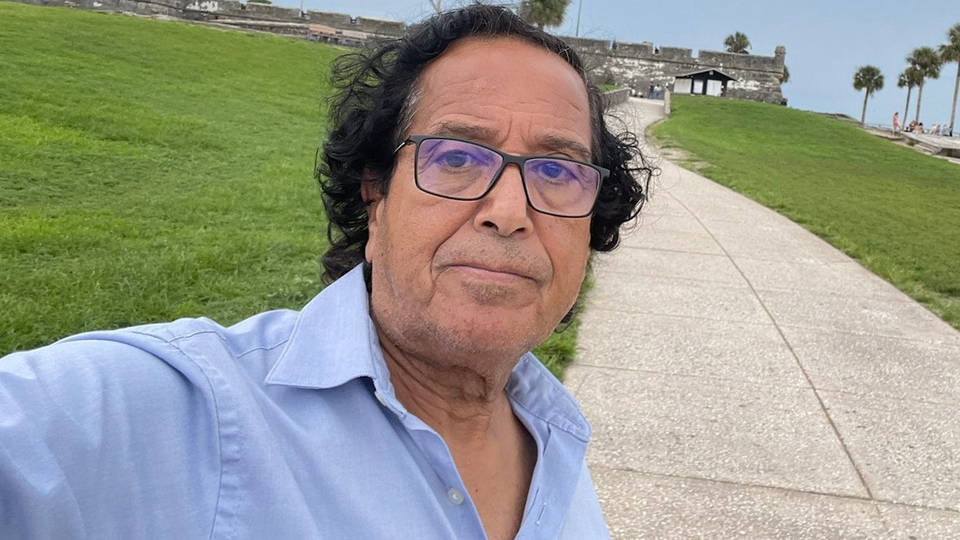 In Saudi Arabia, a U.S. citizen has received a 16-year jail sentence for writing tweets critical of the Saudi government. Seventy-two-year-old Saad Ibrahim Almadi is a dual citizen and was arrested in November after traveling from Florida to Riyadh to visit family. One of the tweets referenced slain Washington Post columnist Jamal Khashoggi. Saad’s son says his father is being held in conditions that amount to torture, and has criticized the U.S. government for not doing more to free his father.    Saudi Arabia The Washington Post reports at least 15 retired U.S. generals and admirals have worked as paid consultants for Saudi Arabia’s Ministry of Defense since 2016. The sweeping investigation reveals hundreds of former military personnel have taken highly lucrative jobs with foreign governments accused of human rights abuses, with the approval of the U.S. military. The U.S. has long sought to keep these ties hidden, but Washington Post reporters brought the matter to court, eventually obtaining 4,000 pages of documents through the Freedom of Information Act.    Saudi Arabia Over 100 Haitian migrants, including pregnant people and children, were found stranded on an uninhabited island west of Puerto Rico Tuesday. Mona Island, located midway between the Dominican Republic and Puerto Rico, has become a popular drop-off point for boats of migrants departing from the Dominican Republic. Smugglers often abandon migrants there, falsely telling them they’ve reached the main island of Puerto Rico. Haiti is facing one of its worst crises of instability and violence as gangs continue to control a major port in Port-au-Prince, triggering critical shortages of food, water, fuel and other resources. Harsh U.S. immigration policies blocking migrants from seeking asylum have forced many to rely on smugglers and embark on extremely dangerous routes to enter the U.S.    Haiti 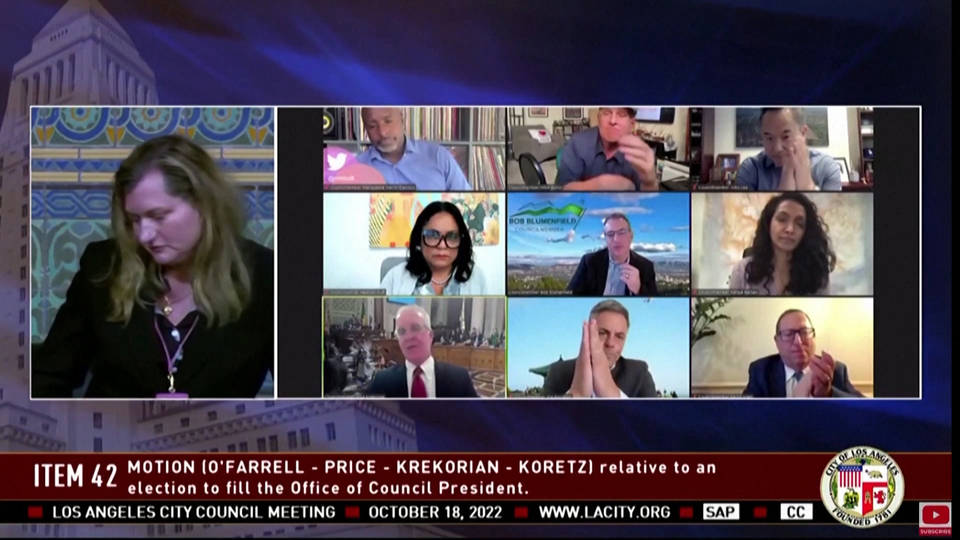 In California, the Los Angeles City Council has voted for Paul Krekorian to become the new council president, following the resignation last week of disgraced former president Nury Martinez, who was heard making racist remarks on a leaked audiotape. Meanwhile, protests continue demanding the resignation of the two other councilmembers who were caught on the recording: Gil Cedillo and Kevin de León. This is Melina Abdullah from Black Lives Matter Los Angeles speaking in front of City Hall.

Click here to see our interview with Melina Abdullah. 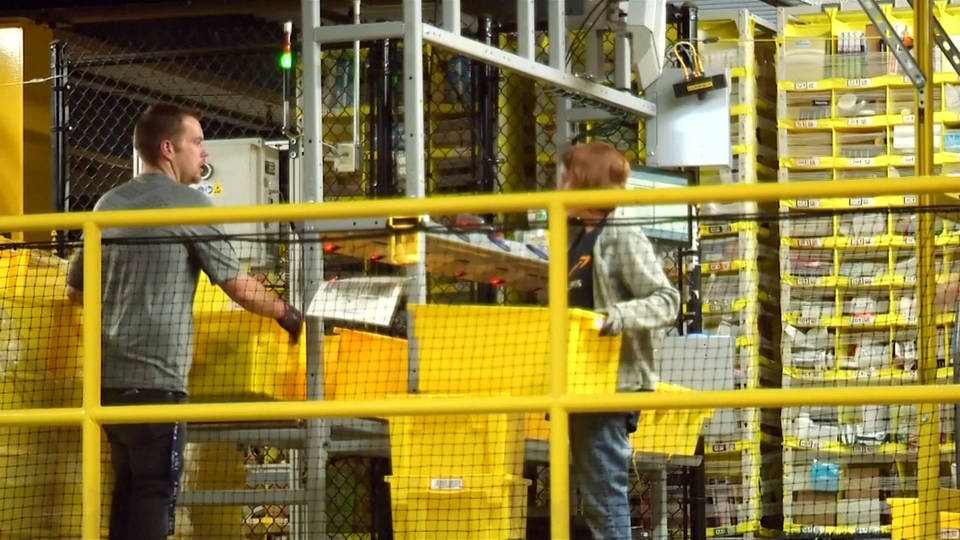 In upstate New York, Amazon workers in Albany overwhelmingly voted against forming a union with the recently established Amazon Labor Union. The defeat comes after months of union busting from Amazon, including intimidating workers and firing union organizers and supporters.   Amazon Inc. 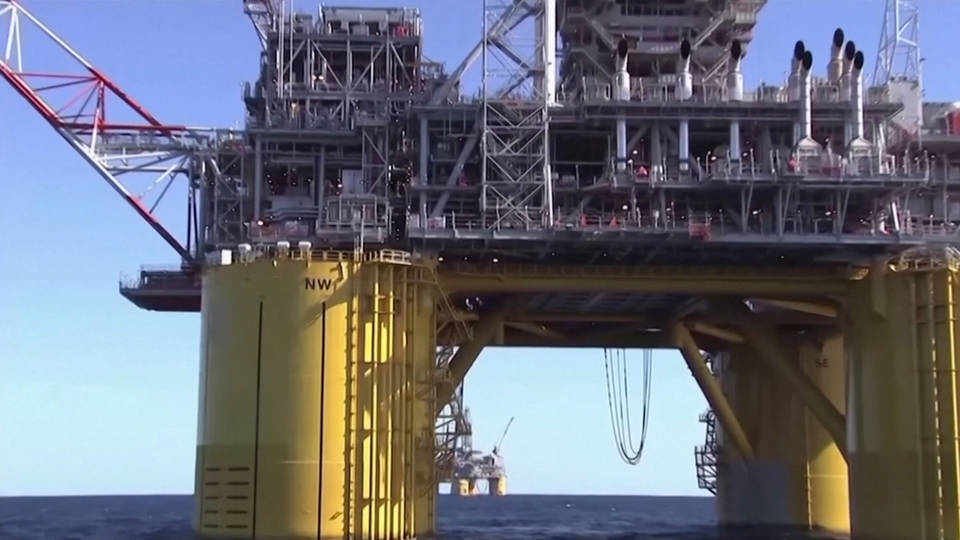 New Jersey is suing five oil and gas companies and a lobbying group for lying about the harm caused by fossil fuels and its link to catastrophic climate change. A lawsuit filed Tuesday names ExxonMobil, Shell, Chevron, BP, ConocoPhillips and the American Petroleum Institute. This is New Jersey Attorney General Matthew Platkin.

Attorney General Matthew Platkin: “They led a decades-long disinformation campaign to confuse the public about fossil fuels and climate change, even though the scientific consensus was secure. They did this to avoid — specifically to avoid — a cleaner, lower-carbon future and to preserve their market for their commodities at the expense of the global environment, and, frankly, at all of our expense. They also did this to stave off public opinion or government action that could have cut into their profits.”

New Jersey officials say the state is “ground zero” for climate change. The suit comes just days ahead of the 10th anniversary of Superstorm Sandy, which killed 38 people in New Jersey and cost an estimated $65 billion in damage in the U.S.    Climate Crisis The Interior Department announced it will hold the first-ever lease sale for wind energy off the coast of California in December. The development of wind energy in the area could eventually power over 1.5 million homes.   California Retail stores have begun selling hearing aids over the counter as the Food and Drug Administration starts rolling out a new policy allowing the sale of the devices without the need for a doctor’s visit or a prescription. The move is aimed at making hearing aids more accessible and affordable — though over-the-counter prices still range from $200 to over $1,000.   Healthcare 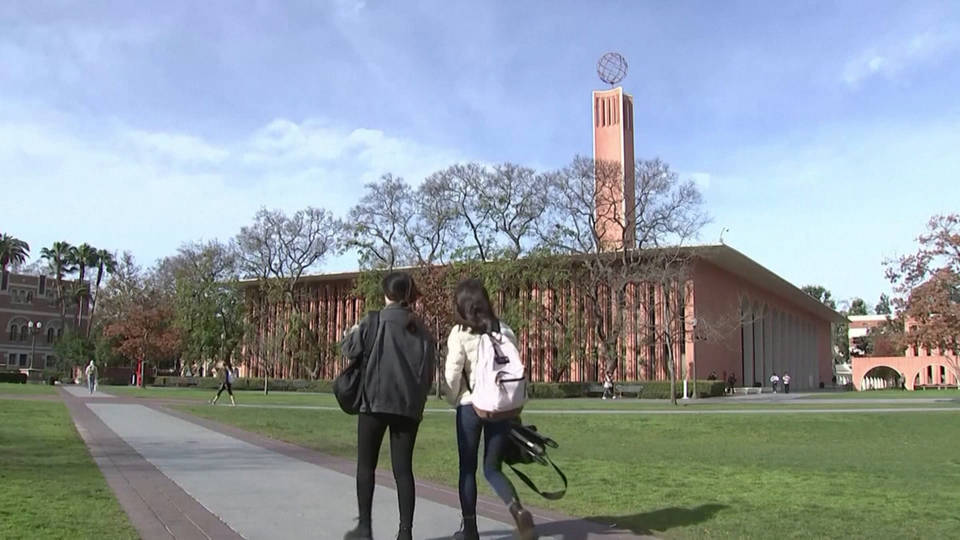 The Biden administration has started accepting applications to cancel up to $20,000 in student debt per person. Borrowers earning up to $125,000 per person and $250,000 per household are eligible for the relief. Advocates continue to demand Biden cancel all student debt.      Student Debt

The original content of this program is licensed under a Creative Commons Attribution-Noncommercial-No Derivative Works 3.0 United States License. Please attribute legal copies of this work to democracynow.org. Some of the work(s) that this program incorporates, however, may be separately licensed. For further information or additional permissions, contact us.  Headlines continue..