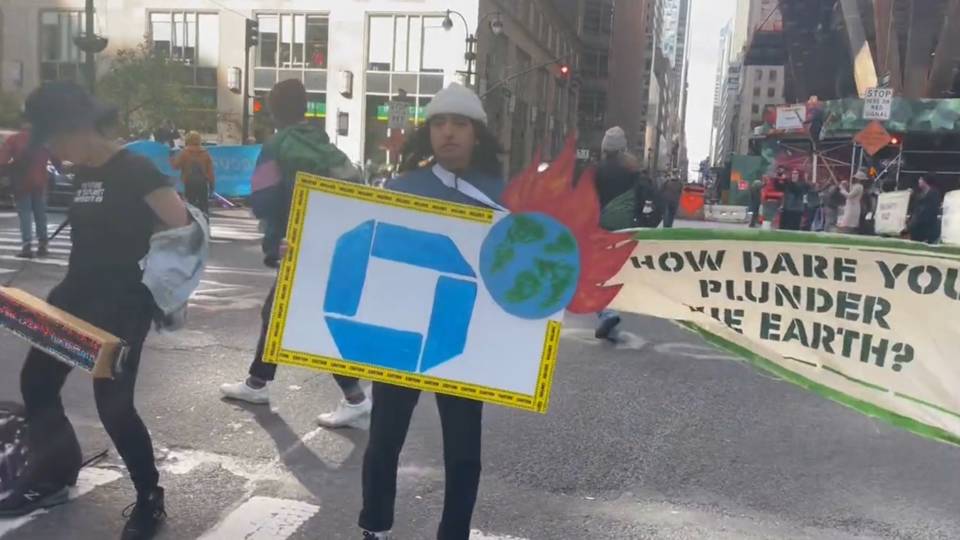 In New York City, climate and housing activists shut down Park Avenue for the fifth straight day Saturday, the 10th anniversary of Hurricane Sandy, to demand banks and major corporations stop funding fossil fuels, and that Governor Hochul tax wealthy New Yorkers to enact a Green New Deal. Dozens of activists were arrested over the past week during actions at JPMorgan Chase, BlackRock, and in front of BlackRock CEO Stephen Schwartzman’s apartment building. The protests were organized by Extinction Rebellion, New York Communities for Change, Sunrise NYC and other groups. 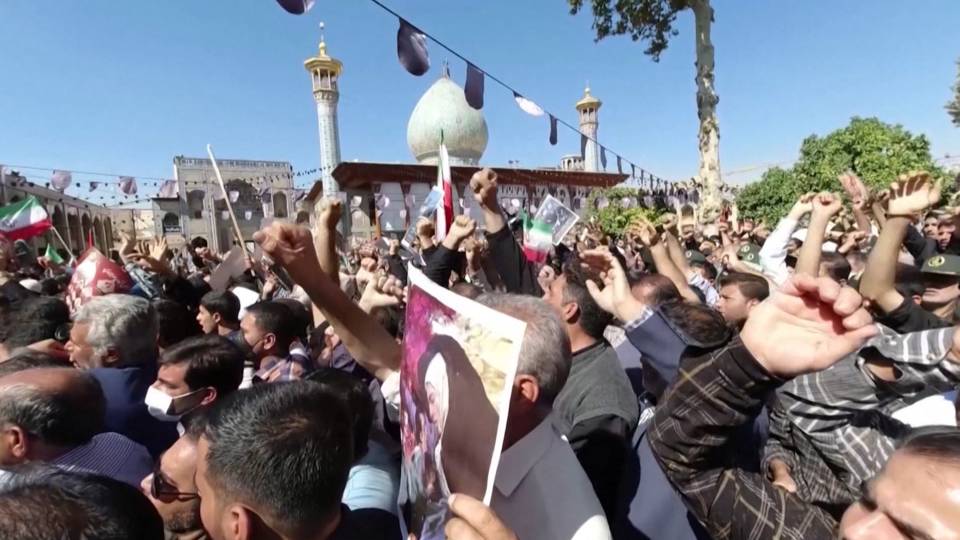 In Iran, protesters have defied threats from the Revolutionary Guards as they continue to take to the streets. On Sunday, security forces unleashed tear gas and gunfire on students at universities across the nation. The ongoing demonstrations come after the head of the Revolutionary Guards, Hossein Salami, issued a stern warning over the weekend.

Hossein Salami: ” Put aside the wickedness. Today is the last day of the riots. Do not come to the streets anymore.”

This comes as a new report by The Intercept reveals an Iranian government program that allows for the monitoring and manipulation of protesters’ cellphones.
Meanwhile, over 300 Iranian journalists signed a statement demanding the release of two journalists who are reportedly being held at the notorious Evin prison. Niloofar Hamedi and Elahe Mohammadi are credited with breaking the story of Mahsa Amini’s death and covering her funeral. Iran has accused them of being CIA agents. 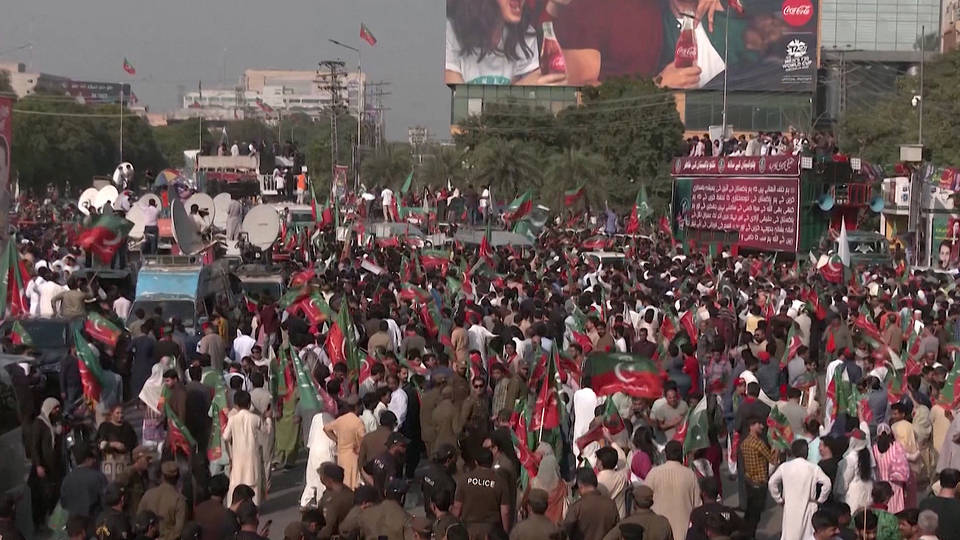 In Pakistan, a journalist was crushed to death by a vehicle in the convoy of former Prime Minister Imran Khan. Sadaf Naeem fell from a truck that was carrying Khan as she tried to reach him for a question. The truck then ran her over. Khan, who was ousted by Parliament in April, is making a high-profile journey from Lahore to Islamabad to call on the government to hold a snap election. 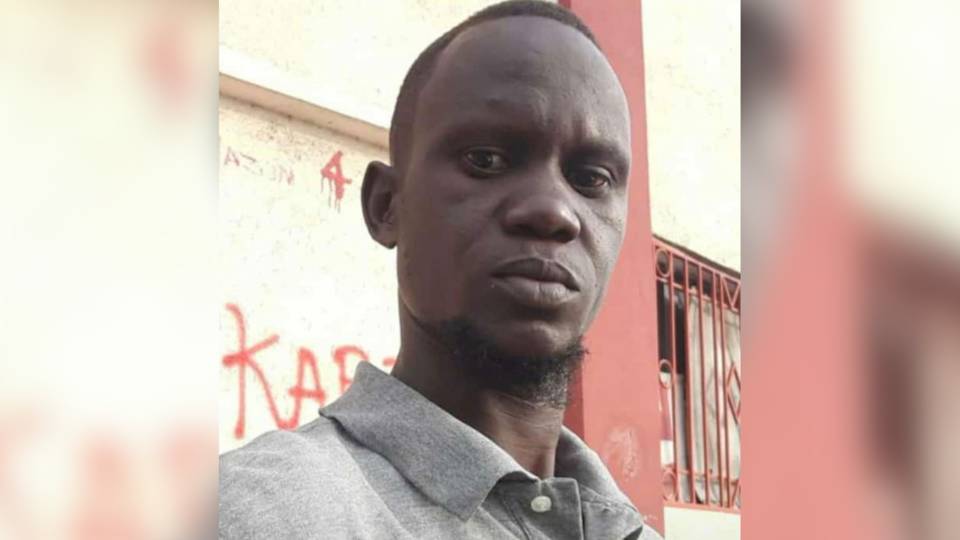 In Haiti, witnesses say journalist Romelo Vilsaint was killed by police fire Sunday after reporters gathered at a police station to demand the release of one of their detained colleagues. Last week, Haiti’s largest newspaper Le Nouvelliste said it was suspending publication of its print edition due to “serious security problems” affecting production and distribution. Last week, Le Nouvelliste reporter Roberson Alphonse survived a shooting attack. 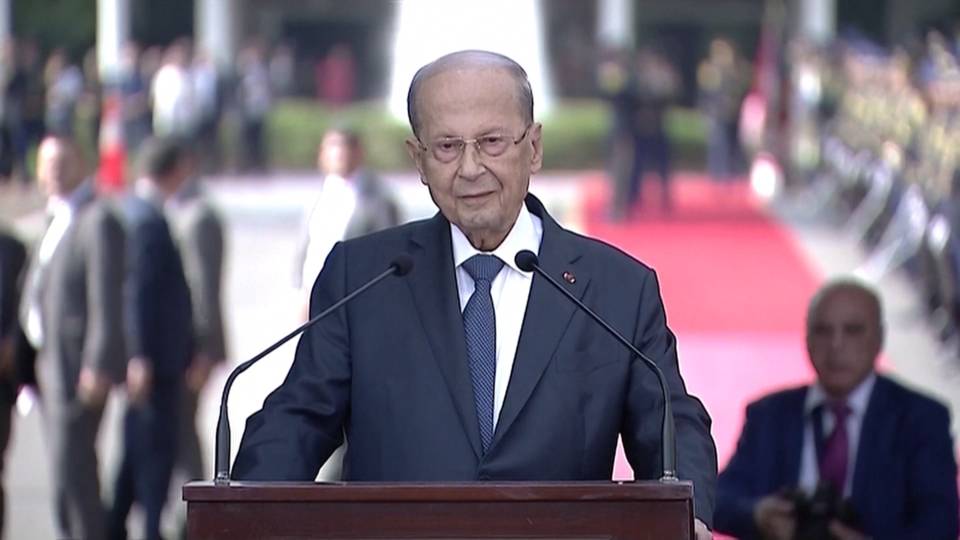 Lebanon’s political crisis deepened this weekend after Michel Aoun vacated the presidential palace Sunday with no successor in place and a crumbling economy. Lebanon is now ruled by a caretaker cabinet and prime minister-designate, who has failed to form a government over the past six months. This comes as the country has been reeling from the deadly 2020 blast at the Beirut port and 2019’s financial meltdown, which pushed over 80% of the population into poverty and prompted mass anti-government protests.

As one of his final acts as president, Michel Aoun signed on Thursday a U.S.-brokered maritime border deal with Israel. 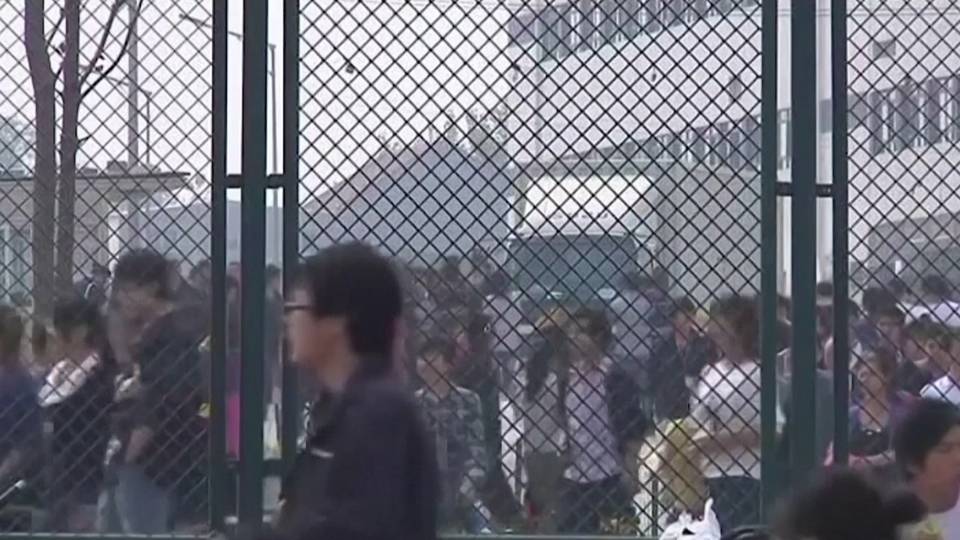 In China, workers have fled a Foxconn factory that assembles iPhones amid fears of lockdowns and other restrictions in Zhengzhou following a COVID outbreak. Online videos show workers jumping a fence outside the Foxconn factory and making their way down highways on foot. China has instituted a strict zero-COVID policy during the pandemic, locking down major cities, with migrant workers often getting stuck far from their homes. In the Democratic Republic of Congo, 11 people were killed in a stampede at a concert by musician Fally Ipupa in a Kinshasa stadium. The interior minister blamed the organizers for the deaths, saying the massive stadium was packed beyond capacity. New York City will pay $26 million to settle lawsuits on behalf of two men who were exonerated in the 1965 assassination of Malcolm X. Last year, a judge tossed out convictions against Muhammad Aziz and Khalil Islam after finding “serious miscarriages of justice.” An investigation by the Manhattan DA’s Office and the Innocence Project found that prosecutors, the FBI and the New York Police Department omitted key evidence around the murder. Khalil Islam died in 2009 but his family filed the suit on his behalf. Aziz spent two decades in prison before being released on parole. The state of New York will also pay a settlement of $10 million dollars. Ilyasah Shabazz, one of Malcolm X’s daughters, spoke to Democracy Now! earlier this year.

Ilyasah Shabazz: “We want to know who killed our father, and we want to make sure that it is properly recorded in history.” The oldest prisoner held at Guantánamo Bay has been released after nearly two decades. 75-year-old Saifullah Paracha returned to his family in Pakistan Saturday. He was never charged with a crime. Paracha’s former lawyer Shelby Sullivan-Bennis said her client was beloved by fellow prisoners and guards, and became the “Uncle of Guantánamo.” There are 35 prisoners still languishing at Guantánamo Bay. Twenty of those are eligible for transfer and three are eligible for review.