and it’s time for us to ban BRIAN KEMP from the governor’s office.” - Stacey Abrams 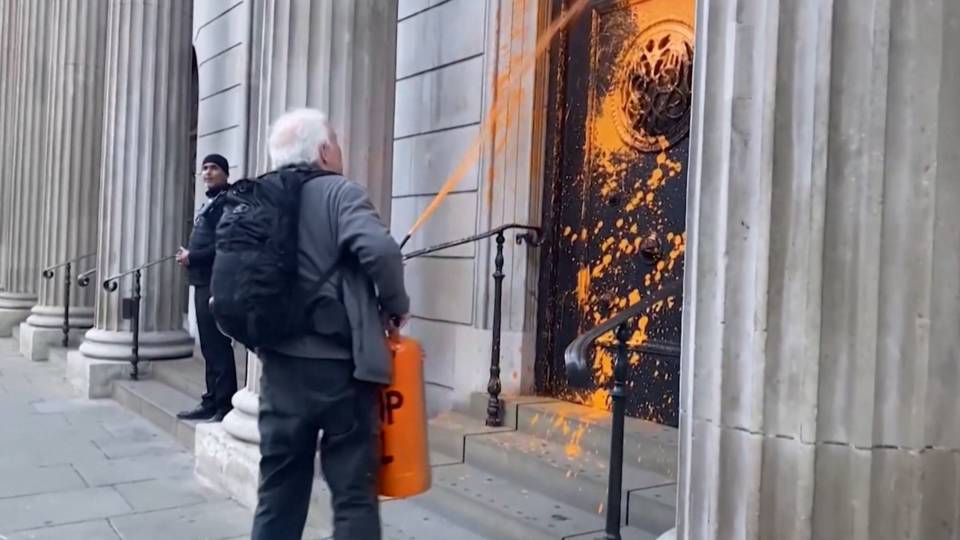 In Britain, campaigners with the group Just Stop Oil blocked the gates to Downing Street, home to the office and residence of the prime minister, as some glued their hands to the street during an act of civil disobedience Tuesday. A day earlier, activists sprayed orange paint onto four buildings in Central London: The Bank of England, the Home Office, the MI5 domestic intelligence agency and the headquarters of News Corp. The protests capped a month of action aimed at disrupting daily life to demand immediate action on the climate crisis. Democrats in key states are making their final appeals to voters this week. In Georgia, gubernatorial candidate Stacey Abrams took aim at sitting Governor Brian Kemp as she spoke to supporters Tuesday.

Meanwhile President Biden traveled to Florida yesterday and warned voters Republicans would cut Medicare and Social Security if they win the elections. 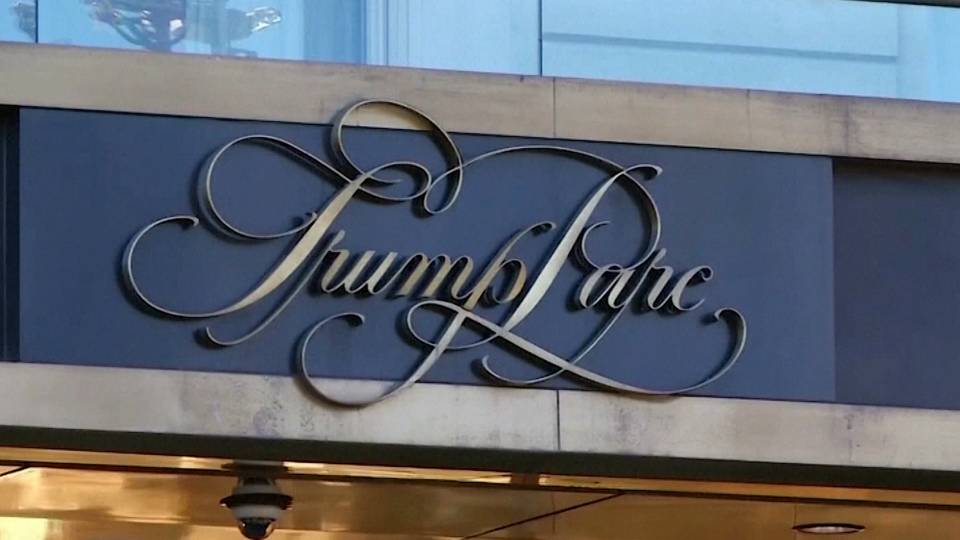 Chief Justice John Roberts temporarily blocked the Treasury Department from handing over Donald Trump’s tax records to the House Ways and Means committee. The House committee has until November 10 to respond to Trump’s latest appeal. If Republicans take the House of Representatives in the midterms, it’s likely the demand for records will expire and will not be further pursued once the new Congress is seated. NBC News is reporting the Biden administration is considering expanding operations at the U.S. military base and prison at Guantánamo Bay, Cuba, to hold Haitians who are caught at sea trying to reach the United States. This comes as Haiti is facing a growing political and humanitarian crisis. In the 1990s, the United States used Guantánamo to hold as many as 12,000 Haitians who fled the country following the U.S.-backed 1991 coup.  Haiti

Dozens of Migrants Missing After Two Shipwrecks off Greek Coast 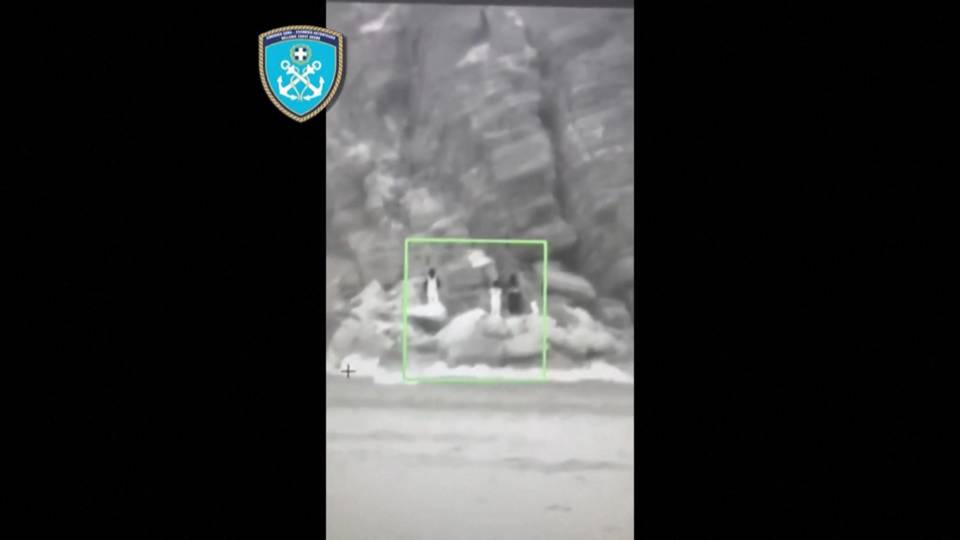 In the Mediterranean, the Greek coast guard says they have found 11 survivors after a boat carrying migrants capsized in rough waters off the Greek coast. Dozens of others remain missing. The survivors are nationals of Egypt, Afghanistan and Iran. A separate search-and-rescue operation continues for another shipwreck, which had a dozen people on board. Four Palestinians have been rescued, and one person was found dead    Refugees Fifteen Nobel laureates have signed on to a letter to world leaders ahead of this month’s U.N. climate summit, asking them to “devote part of your agenda to the many thousands of political prisoners held in Egypt’s prisons — most urgently, the Egyptian-British writer and philosopher, Alaa Abd el-Fattah, now six months into a hunger strike and at risk of death.” The majority of the Nobel literature laureates since 1986 signed the letter.  Freedom of the Press Egyptian authorities released Indian climate activist Ajit Rajagopal earlier this week, after detaining him as he undertook a “March For Our Planet” on foot from Cairo to Sharm el-Sheikh, where COP27 will be held. This is Rajagopal describing his detention.

Ajit Rajagopal: “I was kept there for hours and hours and the whole night. They haven’t informed me what is the charge against me, what are they going to do, how can I help them in the process, nothing was being informed and I didn’t get any food from them, even water as well.”

An Egyptian human rights group says at least 67 people have been arrested over the past week and a half as part of a crackdown ahead of the climate conference. In Houston, Texas, 28-year-old rapper Takeoff was killed early Tuesday in a shooting outside of a bowling alley. His record label said he was the victim of a stray bullet. Takeoff, born Kirshnik Khari Ball, was one-third of Atlanta-based supergroup Migos, known for such hits as “Versace” and “Bad and Boujee.” There have been over 370 homicides in Houston in 2022; early data suggests over 80% of these involved guns. In labor news, workers at a Starbucks/Amazon Go store in New York City have filed a petition for a union election with Starbucks Workers United. Employees say they work two jobs but only get paid for one since they’re both acting as baristas for Starbucks and also stocking shelves and tracking inventory for Amazon’s convenience store. Meanwhile, unionized workers at the Starbucks Roastery in New York City are in the second week of a strike over unsafe and unsanitary working conditions, including a bed bug infestation and mold in the ice machines.

In related news, the National Labor Relations Board says Starbucks broke the law when it closed an Ithaca store in upstate New York as retaliation against unionizing workers. The NLRB says Starbucks should reopen the store and compensate workers for lost wages. 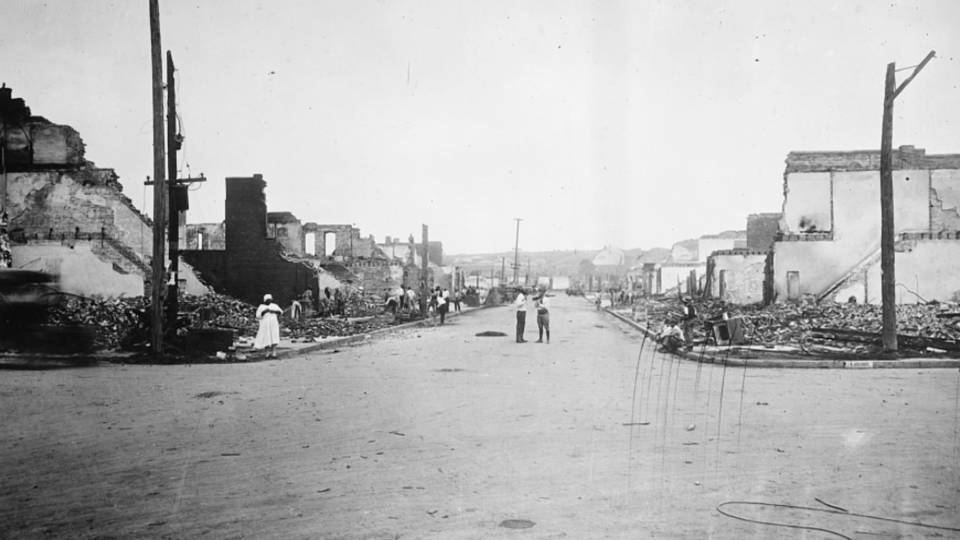 In Tulsa, Oklahoma, investigators searching for victims of the 1921 Greenwood Massacre have discovered another 17 bodies, buried in a mass grave in a local cemetery. It is believed 300 African Americans were killed and 1,000 injured when a white mob descended upon and destroyed the Black neighborhood known as “Black Wall Street.” None of the white supremacists were ever arrested in connection with the violence, which included aerial bombardment with dynamite and incendiaries on the 35-block community.

Topics:
The original content of this program is licensed under a Creative Commons Attribution-Noncommercial-No Derivative Works 3.0 United States License. Please attribute legal copies of this work to democracynow.org. Some of the work(s) that this program incorporates, however, may be separately licensed. For further information or additional permissions, contact us.
Headlines CONTINUE